The practice of sacrificing animals for the Muslim festival Bakrid is being questioned by Indian authorities and animal welfare organizations.

Bakrid, also known as Eid al-Adha, will be observed in August. The festival, which translates to “the Feast of Sacrifice,” is largely celebrated across India’s Muslim population. Celebrations involve sacrificial ceremonies wherein animals — commonly sheep, goats, camels, and cows — are slaughtered and eaten. The practice has received criticism because, under the Prevention of Cruelty to Animals Rules introduced in 2017, the slaughter and sale of animals for religious motives is prohibited. However, Bakrid sacrifice is glossed over and there is no specific law preventing this.

In an effort to combat the practice, the Animal Welfare Board of India (AWBI), an advisory board of India’s Ministry for the Environment, launched a campaign that urges the government to enforce legislation outlawing Bakrid animal sacrifices. The initiative encourages volunteers across states and districts to report any instances of animal sacrifice observed during the holiday. 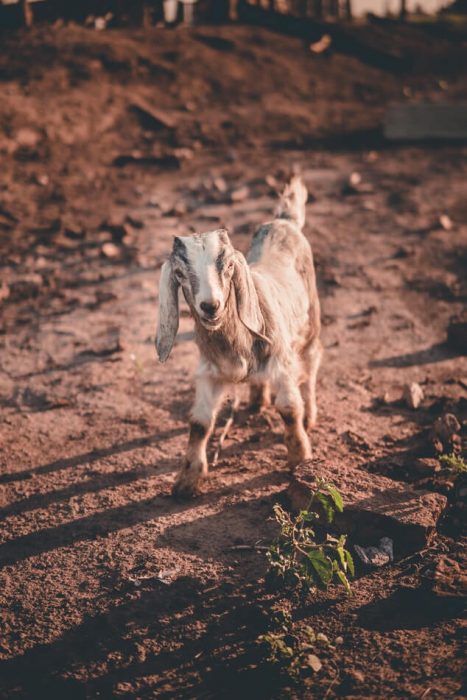 Last year, religious groups, animal rights activists, and clerics gathered in the state of Uttar Pradesh to spread a message about ending animal sacrifices. No political or authoritative remediation action was taken at the time. According to the Hindustan Times, the President of the All India Jamiatul Quresh Action Committee, Mohammed Abdul Faheem Qureshi, shunned AWBI’s campaign. “If they impose the provisions, every action will be an offense,” he claimed.

Despite the dismissal, AWBI’s Chairman, SP Gupta, remains determined. “If the state government does not act on complaints, we will act. We will file complaints with law enforcement [authorities], and if that does not work we will file cases in court against the authorities,” Gupta told Mirror Now News.

The Indian division of the world’s largest animal rights organization, PETA, supports the campaign. “It is illegal and cruel,” stated Manilal Valliyate, CEO of PETA India.

The campaign joins numerous efforts challenging religious ideas about the relationship between humans and animals. Last August, Denmark introduced a new law that positioned animal rights before religion by banning the production of Halal and Kosher meats that requires the animal to be un-stunned during slaughter. And more recently, a film premiered that unites religious leaders from a variety of faiths to encourage change in religious traditions and promote compassion to all living beings.