The state of Indiana’s Department of Natural Resources (DNR) has unanimously voted to cancel this year’s bobcat hunting season. The vote was spurred by protests from animal activists, calling the hunting season a “death sentence” for Indiana’s wildlife. The bobcat is Indiana’s only native wildcat, and in 2005, the species was classified as endangered within the state.

“As we all know, that is a rather sensitive topic to a number of people and we have heard from you and appreciate the interest and always appreciate people getting involved in the process,” said DNR director Cameron Clark of his move to ban the hunting season, according to local news outlet IndyStar. “We feel we need to work more with our constituencies on sensitive issues like this.”

Almost 100 members of the public attended the meeting with the expectation of speaking out against two proposals, one to create the bobcat hunting season and one to enforce the euthanasia of raccoons and coyotes. However, the DNR withdrew those proposals based on past public disaproval for hunting-related decisions made by the board. 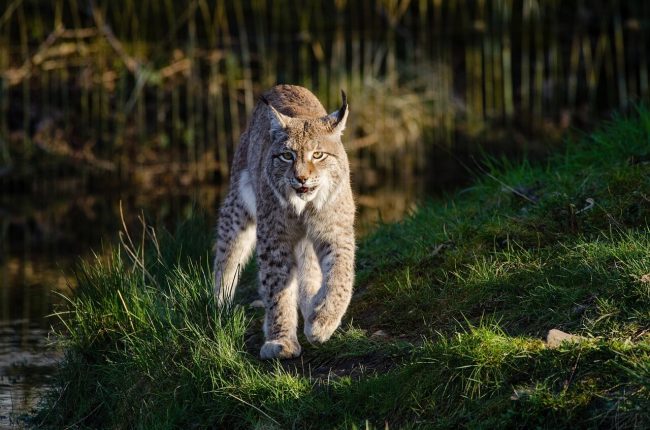 Among the public meeting attendees were representatives from environmental and animal protection-focused organizations including the Humane Society of the United States, the Indiana Wildlife Federation, the Hoosiers Environmental Council and the Sierra Club’s Hoosier Chapter.

“Clearly the thousands of comments that came in made quite a difference in this case,” said Erin Huang, Indiana state director of the Humane Society of the United States. “They know that we’re all paying attention and that we’re listening and that we care about these wildlife issues and there are thousands of non-consumptive users that want to see our wildlife protected.”

While hunting has been a longstanding traditional activity for Indiana constituents, many people are opposing the practice amid growing animal welfare consciousness around the world. Recently, Internet media giant Unilad launched a documentary highlighting the dark reality of fox hunting in Britain, while on the political side, the Canadian province of Alberta banned spear hunting. Another Canadian province, British Columbia,  banned all grizzly bear hunting following a major public outcry. In Africa, where many wildlife species have faced serious endangerment due to hunting, Kenya is set to enforce capital punishment for convicted wildlife poachers.