A program at the Indiana public school Prairie Heights Community School Corporation seeks to teach students about agriculture by showing them how to raise cows for slaughter. According to the international animal rights organization PETA (People for the Ethical Treatment of Animals), at the program culminates in the cows being slaughtered and served as school lunch.

In response, the organization’s humane education division, TeachKind, issued a letter to school superintendent Jeff Reed, asking that the program takes a completely transparent approach by asking that the reality of animal slaughter is not hidden from participating students.

“If the school district’s goal is to show students where their food comes from, that must include a look inside the slaughterhouse,” explained PETA Associate Director of Youth Campaigns Rachelle Owen. The majority of cows, the organization notes, are shot in the head via a captive-bolt gun, strung up by one leg, and then have their throats slit. “TeachKind is confident that if students were to witness the deaths of the cows they’ve befriended, they would steer clear of this program and embrace healthy, humane, vegan meals instead,” Owen continued. 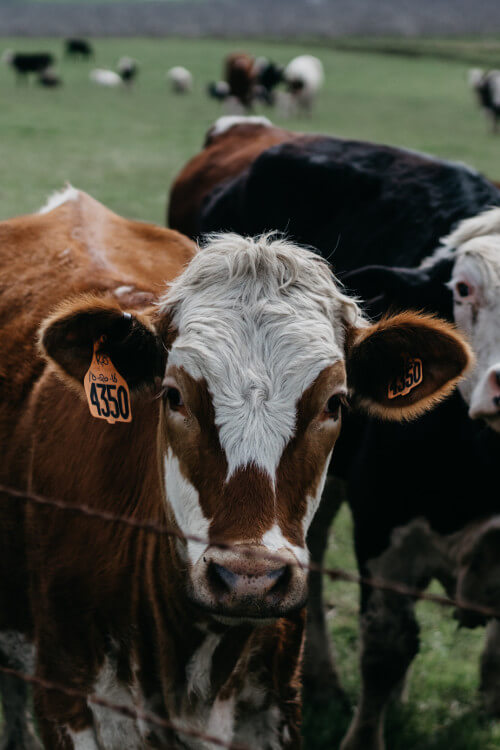 The call for transparency is not misplaced. By hiding the reality from students who are raising the animals for food, the school is reinforcing the “absent referent,” a concept coined by vegan feminist scholar Carol J. Adams. According to Adams, the absent referent is what “separates the meat eater from the animal and the animal from the end product” in order to remove the idea that the meat was once an animal.

Last August, a study conducted at Lancaster University found that meat cravings decrease when people are shown photos of baby animals. This was particularly true for women, according to the research. The study drew its conclusions by showing men and women photos of animals, followed by pictures meat dishes made from the animal, then asking the participants to rate their desire for the food. “Feeling tenderness towards a baby animal appears to be an oppositional force on appetite for meat for many people, especially women,” researchers said.

According to a survey commissioned by the nonprofit organization World Animal Protection, 70 percent of people believe that the way pigs are treated on factory farms is wrong.