Former president of Ireland and environmentalist Mary Robinson believes the nation has the potential to become a world leader on the issue of climate change, The Irish Times reports.

Speaking on the Intergovernmental Panel on Climate Change (IPCC) report released by the UN this Monday, which called for governments to make “unprecedented changes”  by 2030 in order to reduce carbon emissions, Robinson said that Ireland needs to do more to address the issue.

“The report makes it clear we need to get carbon out of the atmosphere,” she said. “We will have to change our behaviour. I’ve said before and I’m trying to do it – [We] have to become aspiring vegetarians. Eat less meat.”

Mary Robinson’s statement on the release of the IPCC Special Report on the Impacts of Global Warming of 1.5oC https://t.co/OGpFknTKim pic.twitter.com/ZHwuHtJvrK

Robinson has long called for others to be more conscious of both climate change and human rights issues, believing them to be inextricably linked. From 1997 to 2002, she served as the UN High Commissioner of Human Rights, where she worked to improve human rights in Rwanda, Somalia, China, Colombia, South Africa, and Cambodia. In July 2014 and again in May 2016, she served as a special envoy on climate change for the UN and has called for the divestment of fossil fuels.

She is also the founder of the Mary Robinson Foundation – Climate Justice, which aims to secure justice for “people vulnerable to the impacts of climate change who are usually forgotten – the poor, the disempowered and the marginalised across the world.” Rather than speak for those in developing nations, Robinson’s foundation seeks to provide and empower impoverished communities. It aims to provide them with the tools to speak out about how climate change accelerated by industrialized nations has negatively impacted their lives and discuss which steps can be taken to resolve the issue. 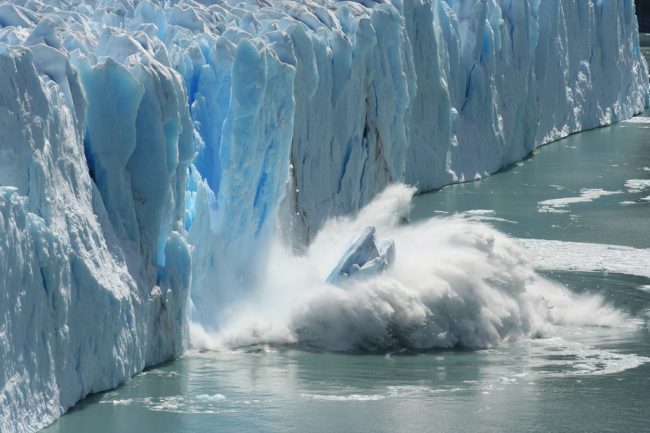 Ireland’s seventh president has also previously called for the nation to reduce or eliminate its meat consumption. Speaking to the One World Summit in Ottawa, Canada, in September 2016, she highlighted the immediate need for developed nations to take “climate justice” seriously.

“We don’t need to consume as much as we have in the world,” she said. “We have a world where there’s inequity and inequality. We can be simpler in the parts of the world that have benefited from fossil fuel.”

“We need each of us to think about our carbon footprint. Eat less meat, or no meat at all. Become vegetarian or vegan,” Robinson continued. “Let’s commit to the Paris agreement. Let’s commit to leave no one behind.”

In recent years, world leaders and scientists have called for the need to address climate change as a global issue. Last March, Greenpeace called for all individuals to halve meat and dairy consumption in order to meet the carbon emission targets set by the Paris Agreement by 2050. This summer, a study published in the journal Science found that a plant-based diet is the most effective way to combat climate change. Animal agriculture, it noted, is the second-largest contributor to global greenhouse gas emissions.