Two Northern Irish academics, along with a top NHS doctor, are demanding that Parliament do more to raise awareness about the cancer risks associated with eating processed meat.

In a joint statement, they urged for the government to acknowledge and highlight the dangers of consuming meats – like bacon, salami, and ham – in a similar manner to the health campaigns on sugar and fatty foods, the Belfast Telegraph reports.

They nodded to the “growing consensus of scientific opinion” that nitrites found in processed meat lead to the production of nitrosamines, which are carcinogenic. This, in turn, can “increase cancer risk for those who regularly consume traditional bacon and ham,” they said.

In 2015, the World Health Organization (WHO) labeled processed meats a Group 1 carcinogen – the same category as tobacco and asbestos. Red meat was classed as a Group 2A carcinogen, “probably carcinogenic to humans,” with the animal product linked to diseases like colorectal cancer. 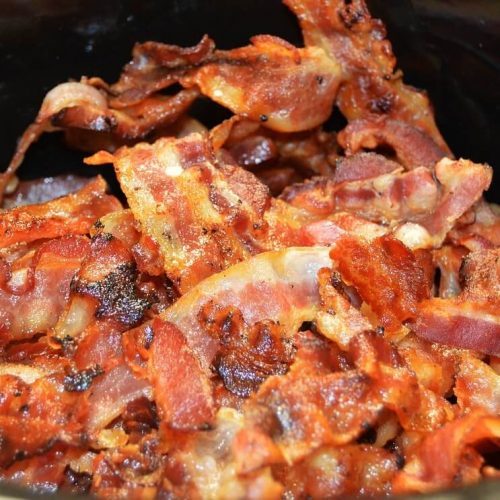 The categorizations were backed up by other data, like the largest-ever cancer research study that took place earlier this year. The study found that no amount of processed meat is safe to eat as even small amounts of the item can increase cancer risk. It also noted that 30 to 50 percent of all cancer diagnoses are preventable.

“[W]e are concerned that not enough is being done to raise awareness of nitrites in our processed meat and their health risks, in stark contrast to warnings regularly issued regarding sugar and fattening foods,” the statement by the scientists, doctor, and politicians read.

“A united and active front is needed from policymakers, the food industry and the cancer-care community,” they said, adding that it is essential to work together to raise awareness of these health risks and “encourage the much wider use of nitrite-free alternatives that are safer and can reduce the number of cancer cases.”

Dr. Malhotra stated that by doing nothing, the move mirrors the way the tobacco industry previously denied the dangers of smoking cigarettes. “When it comes to nitrosamines, there are no ifs, nor buts; they are carcinogenic,” he said.

A study by the World Cancer Research Fund found that removing meat from one’s diet could reduce the risk of cancer by 40 percent. Further, if everyone in the UK ditched animal products and went vegan, there could be 8,800 fewer cases of cancer every year.