Vegan butcheries and plant-based meat shops have become somewhat common in the U.S. and Canada, but the concept is still new in the UK. Moodley Manor is an Irish vegan meat producer, and over the past four years, the business has expanded into both a retail and food service company to offer plant-based meats that rival their animal-based counterparts. With several successful restaurant partnerships and a Dublin-based food truck under its belt, the company just announced its expansion into Europe, which will launch next year.

Moodley Manor was founded by husband and wife duo, Gavyn Pedley and Aisling Mooney. From the beginning, their goal was to expand the vegan options around them with equally satisfying, plant-based alternatives. Mooney noted the company’s mission statement, “All taste, no sacrifice.” She furthered, “[We] started Moodley Manor with the aim to make eating in or out as a vegan just as easy as everyone else and to prove through delicious food that an ethical choice is something you get rewarded by not just psychologically, but with a taste-bud explosion.” 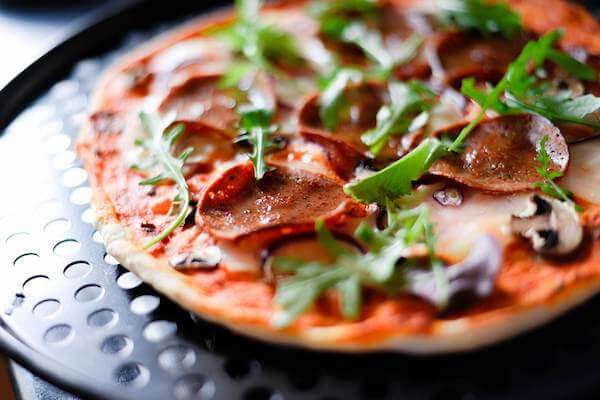 The shop began with selling plant-based meat to customers and eventually to restaurants. The product range is extremely versatile, including Boss Burgers, Badass Bacon, Chick-hun, More-ish Mince, Savage Sausage, 3 AM Garlic Mayo, Moodley Roast, and Devil’s Deli Salami Slices. The company sells its products to several non-vegan restaurants and pubs to not only help them provide plant-based menu options but to demonstrate the demand and quality of these vegan items. One of Moodley’s partners, a Dublin arcade bar called Token, told Mooney that 40% of its revenue comes from vegan purchases. Token’s chefs use Moodley’s Chick-hun for its Love Me Tenders (chicken tenders) and the More-ish Mince for its Taco Fries.

Most recently, Moodley partnered with the Paddocks Bar in Clonee, along with its sister pubs. During the rollout this past Sunday, customers devoured over 20kg of vegan meat. In response to this overwhelmingly positive reaction, the Paddock’s restaurant group, RHK, agreed to make all of its gravy and soups vegan moving forward, in addition to offering a daily vegan option featuring Moodley products. 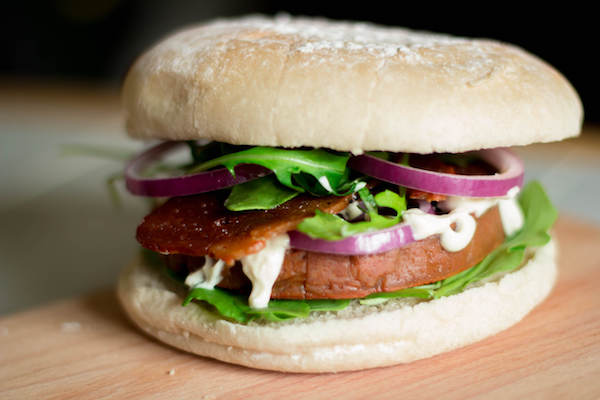 The couple has also launched a vegan food truck, which allows them to experiment with recipes that could be future hits on restaurant menus. The truck, Eat my Veg, stops by Bushy Park in Terenure, Dublin, every Saturday and serves up a constantly changing menu to hungry vegans and omnivores alike. Aisling noted that they just perfected their Peking Not-Duck thanks to positive feedback from their food truck customers. Diners may see this as an option in certain Dublin restaurants soon.

Moodley Manor is, quite literally, on a roll, and it does not intend to slow its progress. Mooney told LIVEKINDLY, “We are rolling out with numerous restaurants this and next year in Ireland and the UK and we are planning a Spanish, French, German, Dutch, Italian rollout with two amazing European chains in the next year.”

She concluded, “We don’t just want vegan options, we want to make sure the vegan options are the biggest, most badass and utmost delicious choice on the menu.”

Moodley Manor products are available in various restaurants and pubs throughout Ireland and the UK, as well as online via the digital shop. Those who live in Europe can order Moodley products through the company’s first pan-European online retailer, Boutique Vegan.