Palm oil is a hugely contentious issue within vegan circles. Some claim that it cannot be compatible with a cruelty-free lifestyle. Others claim that since it is not an animal product, its use is justified.

Mainstream media has even begun discussing the ethics of the oil. With all this debate, it can be overwhelming to decipher any sense or truth on the issue. 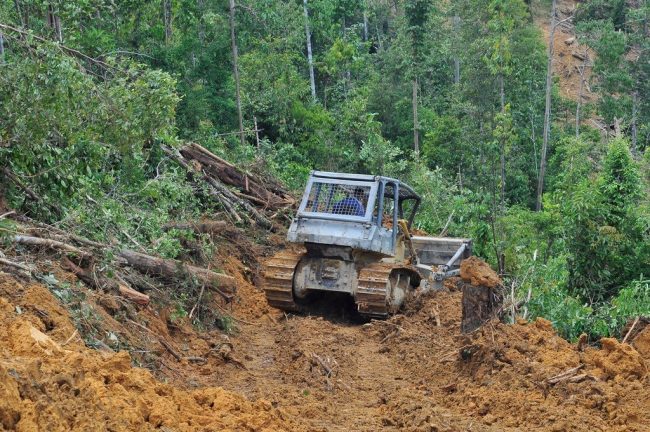 Palm Oil: Is it Vegan or Should We Palm it Off?

Palm oil is a type of vegetable oil produced from the kernels of oil palm trees.

Indonesia and Malaysia are the world’s largest palm oil producers. And global demand for this commodity is increasing every year. This is partly due to the expanding biofuel market.

Palm oil is in almost everything you can think of. From toothpaste to biscuits; it is estimated that no less than half of all household goods are made with palm ingredients. 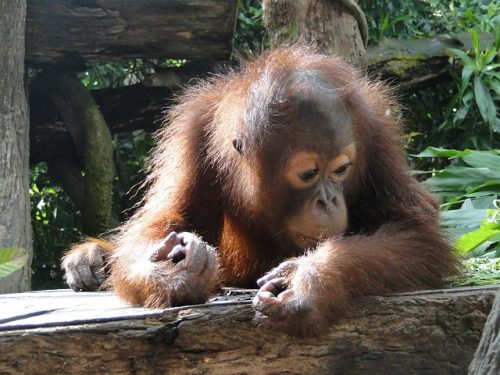 In just 75 years, 80 percent of Sumatran elephants have been wiped out. Greenpeace attributes this to palm oil companies. They have been tearing down the Indonesian rainforest, the elephants’ habitat, to facilitate more plantations.

Reports indicate that orangutans inhabiting Indonesia’s Tripa peat forest are being killed because of palm oil plantations. In Tripa, companies drain the swamp, releasing carbon into the atmosphere, and clear the forest, often setting illegal fires; this leaves animals marooned on small swaths of forest, enclosed by plantations. Animals will starve because there is no longer enough food to sustain them. Or they are frequently killed by plantation workers when they emerge in search of food. In 2006, at least 1,500 orangutans were clubbed to death by palm workers. The impact of this is severe: there are only 6,300 Sumatran orangutans left.

Palm oil development allows easy access for poachers into exposed habitats that have been cleared for plantations. As a result, it is estimated that the Sumatran tiger population will be extinct in fewer than three years. 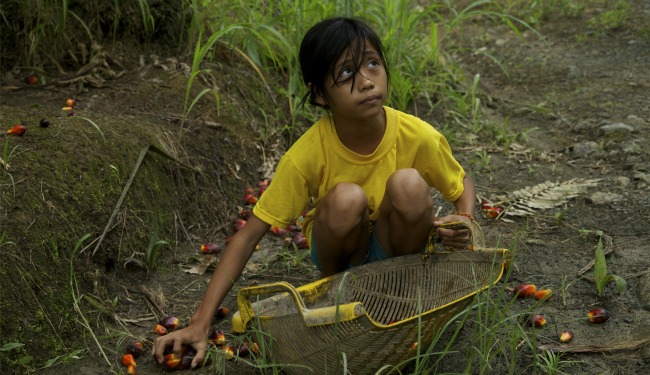 According to Eco-Nightmare, “[p]alm oil is now cheap because of poor environmental practices and labor abuses.” Palm oil ranks among the U.S. Department of Labor’s top four worst industries for forced and child labor.

Palm oil is also damaging in terms of health. One tablespoon of palm oil contains 55 percent of the daily recommendation of saturated fat.

The industry’s excessive and poorly regulated use of toxic fertilizers and chemicals contaminates the soil, groundwater, and crops while tonnes of untreated palm oil mill effluent is discharged into rivers and seeps into the terrain.

Palm oil is also increasingly used for biodiesel production. According to the New York Times, “[t]he production of biofuels, long a cornerstone of the quest for greener energy, may sometimes create more harmful emissions than fossil fuels, scientific studies are finding.”

So, should we palm it off?

You have the facts, now it’s up to you. If you do decide that you want to avoid palm oil, here are some tips on how to do so:

Avoid highly processed food; check your labels so you know what you’re eating.

Hawthorne suggests, “urge companies to adopt better practices or adandon palm oil altogether.” (This really might be worthwhile. Forty percent of Earth Balance’s customer feedback is about palm, which has inspired them to work on palm-free products.)

Spread the word. Share this article, tell your friends and family what you know. Education is everything!