With the third largest growing vegan market in the world, plant-based options in Australia are not in short supply. However, The Italian pizza bar in the North Willoughby neighborhood of Sydney may have created the country’s ultimate vegan offering: a meter-long pizza called the Vegan Godfather.

Announcing the new creation on its website, the company encouraged customers, “Gather your crew around our table and feast on woodfired pizza fit for a king… or should we say The Don.”

The new pizza is the latest addition to the restaurant’s extensive plant-based menu, which, when initially launched, “answered the unspoken prayers of vegans across the North Shore, if not greater Metropolitan Sydney,” said the eatery. Inspired by the owner’s wife, a vegan herself, the company experimented with recipes and created a menu which would “leave our plant-eating friends feeling starry-eyed.”

The company prides itself on becoming the “first and only pizzeria” on the Sydney North Shore to serve up the vegan Godfather pizza, which is divided into three separate sections, allowing customers to select any three topping variations of their choice. 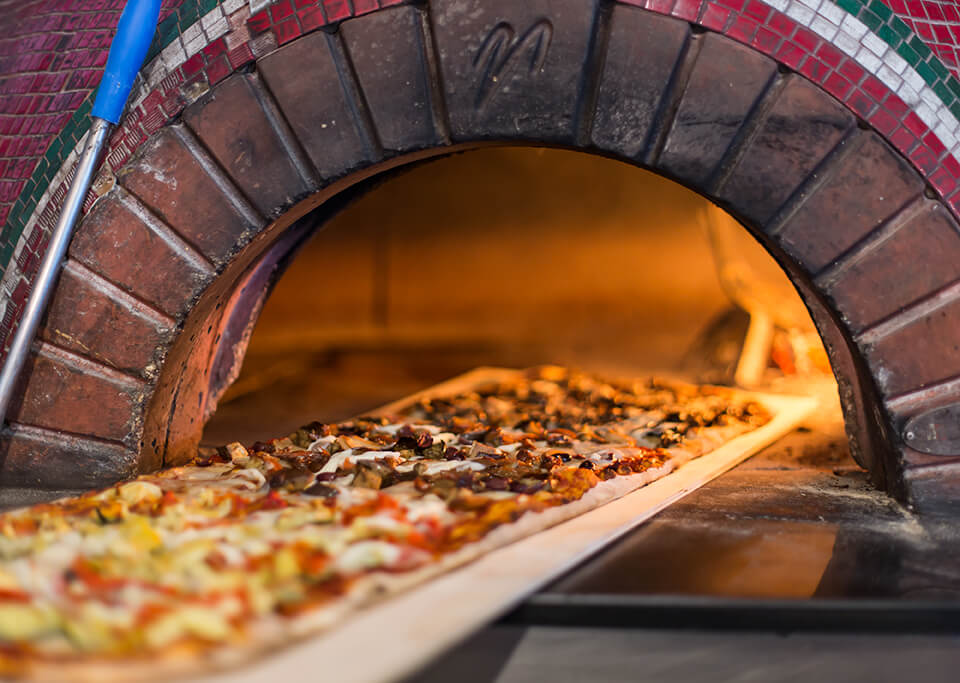 Recommended toppings include the “Vittorio’s Secret,” which consists of roasted zucchini, basil, artichoke, capsicum and a vegan mozzarella alternative named notzarella; the “Vegana Smurf,” which features forest mushrooms, thyme, truffle oil and more notzarella on an olive oil base, and the “Cicciolina,” which includes grilled eggplant, rosemary roast potatoes, and caramelized onions.

The restaurant estimates that the new pizza, which costs $60, can serve four to six people (but there aren’t any rules against one person attempting the whole thing).

Whilst The Italian may be the only known Aussie restaurant to regularly serve a meter-long vegan pizza, it joins a number of chains and independent eateries in the country that offer vegan options. Domino’s, one of the biggest pizza chains in the country, launched vegan cheese at the beginning of the year and followed this up by introducing plant-based cheesy garlic bread in July.

“The popularity of, and demand for, vegan products has increased considerably over the years,” said Nick Knight, the CEO for Domino’s in Australia and New Zealand.

The Vegan Godfather has added a new element to pizza ordering. Instead of purchasing by the slice, you can now order by the meter.