James Cromwell, an Oscar-nominated vegan actor, among another 6 PETA activists were cited for trespassing earlier this week after setting foot into controversial amusement park, SeaWorld in an effort to raise awareness for their inhumane treatment of cetaceans.

Cromwell participated in staging a protest for #BoycottSeaWorldDay!

“Orcas deserve a full life in the ocean, not a life sentence of swimming endless circles until they drop dead from disease. My friends and I at PETA want SeaWorld to move these intelligent animals to seaside sanctuary without delay.” – James Cromwell in a statement. 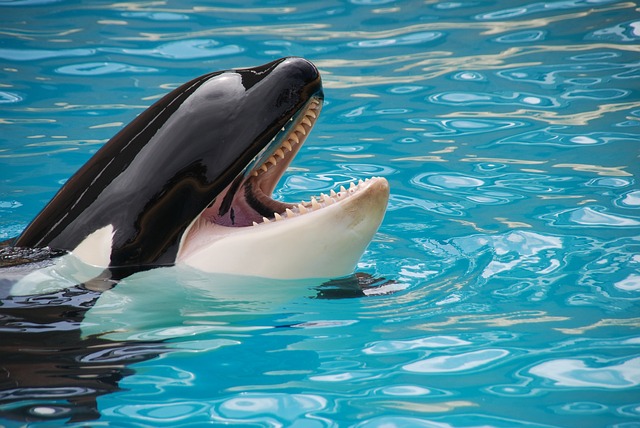 Familiar with arrests in regard to public activism for many social justice campaigns, Cromwell was also sentenced last month to serve one week behind bars from a protest in New York on power plants.

During this recent arrest, Cromwell was handcuffed and separated from the group of PETA activists he was with. He was then taken into custody before being released after a short period of being detained, among the other activists from PETA.

PETA livestreamed a Facebook video of Cromwell’s protest showing this ‘Babe’ star in front of an “Orca Encounter” in which the imprisoned animals have been trained to perform tricks for our entertainment.

The ‘L.A confidential’ and ‘American Horror Story’ star is seen yelling into a megaphone, aiming to expose the awful reality that Orcas live in at amusement parks such as SeaWorld.

Other demonstrators are shown to be holding ‘SEAWORLD KILLS’ signs in front of the audience alongside Cromwell, who dressed in a t-shirt reading ‘SeaWorld Sucks’.

However not everyone in the audience was receptive to the protest, some onlookers attempted to snatch the megaphone from Cromwell’s hand and most of his speech was drowned by the sound of the Orca trainer with their megaphone and background music, demonstrating that SeaWorld follows the view of, as the common phrase goes, ‘The show must go on’.

And SeaWorld’s response to this display of protest?

Spokesman David Koontz waves the demonstration off as ‘nothing more than a PETA publicity stunt.’…