Celebrity chef Jamie Oliver has not always been popular among vegans, telling The Independent in 2017 that “they hate” him. However, the chef has been working hard to reverse this, and is now opening a vegan-friendly pop-up which will highlight the UK’s serious food waste issue.

Named The Fresh Thinking Cafe, Oliver’s latest venture will feature dishes inspired by the most frequently wasted food products in the UK. Among these ingredients, which were selected based on public suggestion, are bread, bagged salad, and fresh vegetables; the ingredients for each dish will be sourced from surplus food from local suppliers wherever possible. The menu also includes two vegan dishes: a spiced roasted cauliflower, and for dessert a vegan chocolate mousse with nut brittle. 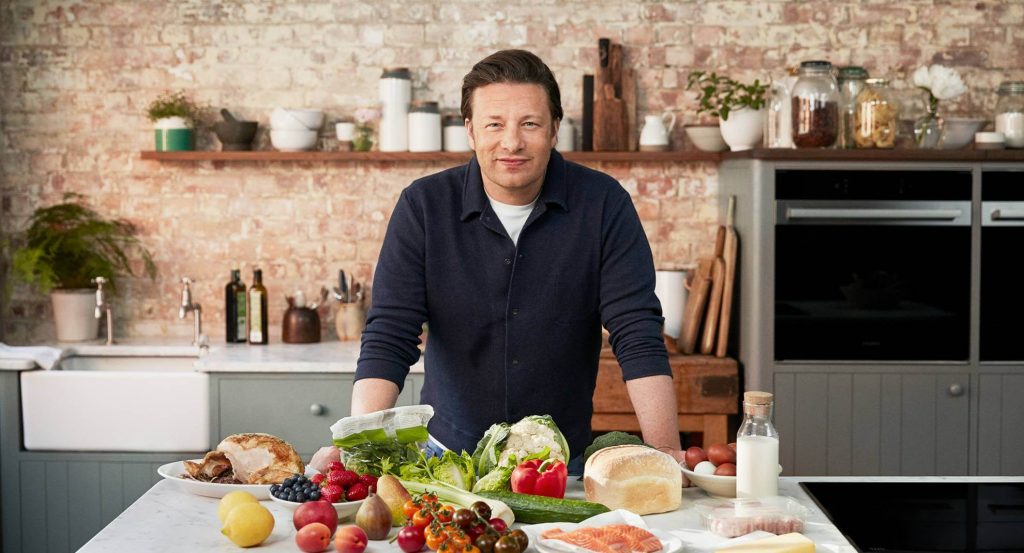 To launch the pop-up, Oliver has teamed up with Hotpoint, a UK-based home and kitchen appliances company, in a dual “mission to tackle food waste.” In the UK today, households are throwing away £271.44 of edible food every year; one-third of all food produced for human consumption which is either lost or wasted. By 2020, this is predicted to rise to 40 percent. In Europe, 88 million tonnes of food are wasted each year.

Oliver and Hotpoint believe that food should be well-preserved, cooked, and recycled. In a bid to “do more to take on this challenge” of food waste, Hotpoint has created what it calls the “Food Care Culture” – a more considerate approach in our everyday decisions to help reduce food waste. The company is known for its waste-savvy appliances and innovate technology keeping food fresh for longer. Of its latest partnership with Oliver, it says, “We’re even working with the one & only Jamie Oliver to inspire with delicious dishes created out of those last & almost lost foods in your fridge, so you don’t throw it away!”

At the pop-up, Oliver will share tips for reducing food waste, as well as creative recipes encouraging people to use up leftovers. The cafe will operate on a “pay what you want” basis, with proceeds donated to FoodCycle, a charity working to tackle food waste, food poverty, and meal-time loneliness across the nation.

The Fresh Thinking Cafe can be found at 133-135 Bethnal Green, East London, and will open on October 10th and 11th.