Jane Goodall’s story is the stuff of legends. The now 83-year-old primatologist-turned-icon known for her efforts to conserve primate habitats and help acclimate humans to the consciousness of animals is the subject of a highly anticipated new documentary, simply titled, JANE.

The film, directed by Oscar®– and Emmy®-nominated director Brett Morgen, is not the first to look at Goodall’s work in Tanzania, but it may be the most revelatory, pulling from more than 100 hours of never-before-seen 16 mm footage, much of which has sat in the National Geographic archives for fifty years. Some of the footage is sourced from Dutch filmmaker Hugo van Lawick, Goodall’s late ex-husband, as well as footage from the Jane Goodall Institute and Goodall family videos. 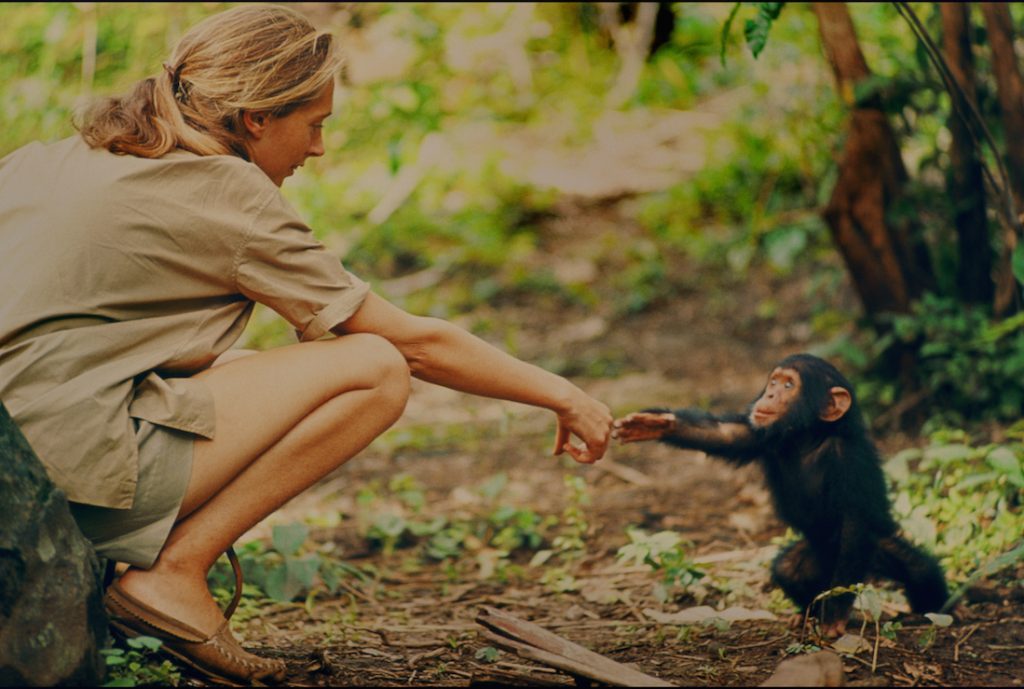 Goodall’s work with chimpanzees was momentous in helping ordinary people to understand animal intelligence and social structures – and she did this without formal training while in a predominantly male-led field. Now retired from the research, Goodall continues traveling the world to promote the importance of respect for animals and habitat conservation.

“Think what the world would be like without animals,” Goodall recently told Scientific American. “It would collapse.”

Dr. Goodall, Mr. Morgen, and scores of A-list celebrities will be at the legendary Hollywood Bowl in Los Angeles tonight for the film’s premiere, replete with a live performance of the soundtrack, scored by award-winning avant-garde composer Philip Glass. The theatrical release begins October 20th.