Aubrey Miller, a teenage actress who plays Hannah on the Amazon Prime Show, ‘Just Add Magic‘, lives a happy and healthy vegan lifestyle. The star hopes to inspire her fans through her dietary choices and encourage other teenagers to eat kinder meals.

Miller spoke with media outlet Cheddar, revealing she has been vegetarian since birth and has since adopted a vegan lifestyle. “I actually eat so many wonderful dishes that are plant-inspired,” Says Miller. “Every food that I eat on the show is all vegan. They’ve made fish, beef Wellington, and all these different foods vegan-style, which I appreciate so much.” 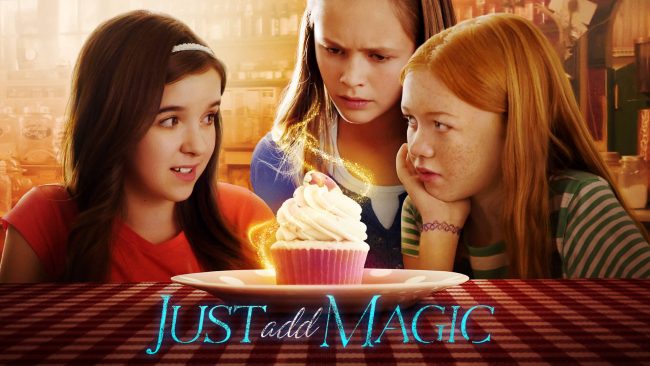 This “huge animal advocate” intends to publish her own “fun” cookbook one day, which will aim to help other teens incorporate more plant-based meals into their diet. However, for Miller, it’s not all about the delicious food. The young actress adds “not only do I prefer being vegan for my own healthy lifestyle, I do it for the animals as well because I think that’s so important.”

Before her role in Just Add Magic, a show about two girls who discover a magical cookbook from the 1800s, Miller featured in Disney Channel’s ‘Austin & Ally‘ along with Showtime’s ‘Shameless‘. Perhaps Aubrey will follow in the footsteps of fellow former Disney Channel royalty, Miley Cyrus.

Cyrus starred in Disney’s hit show ‘Hannah Montana‘ which initially catapulted her to fame, the star has since gone on to be a musician as well as a keen animal rights advocate. Together with her fiance, actor Liam Hemsworth, the singer uses her platform to create awareness of important animal welfare issues and influence her followers to switch to a vegan diet. The pair have both recieved awards from PETA for their vegan lifestyles, Miley was honoured as the ‘Best Voice for the Animals‘ and Liam was given the prestigious title of ‘Australia’s Sexiest Vegan‘.

With hope, Aubrey will be the Miley of her generation, for the animal’s sake.