The plant-based egg product, made from mung beans, is currently available in a handful of chains in the Midwest, and this week began hitting shelves at Gelson’s, Southern California. Reportedly, the new product is already performing well across the board, however, in one unnamed major retailer, it has completely outsold liquid whole eggs in its first week of launch.

CEO of the company Josh Tetrick told LIVEKINDLY, “We’re grateful to see this extraordinary sales data. We’ve always said that if you make it easy for good people to eat well, they will.”

Around the world, the vegan egg and egg replacer market is growing. According to a new report by global market intelligence firm Fact.MR, the industry is expected to reach a value of $1.63 million by the end of 2028. Several outbreaks of avian influenza, health risks such as high cholesterol, and environmental concerns are listed as key factors driving consumers away from chicken eggs, as well as a rising interest in plant-based eating. 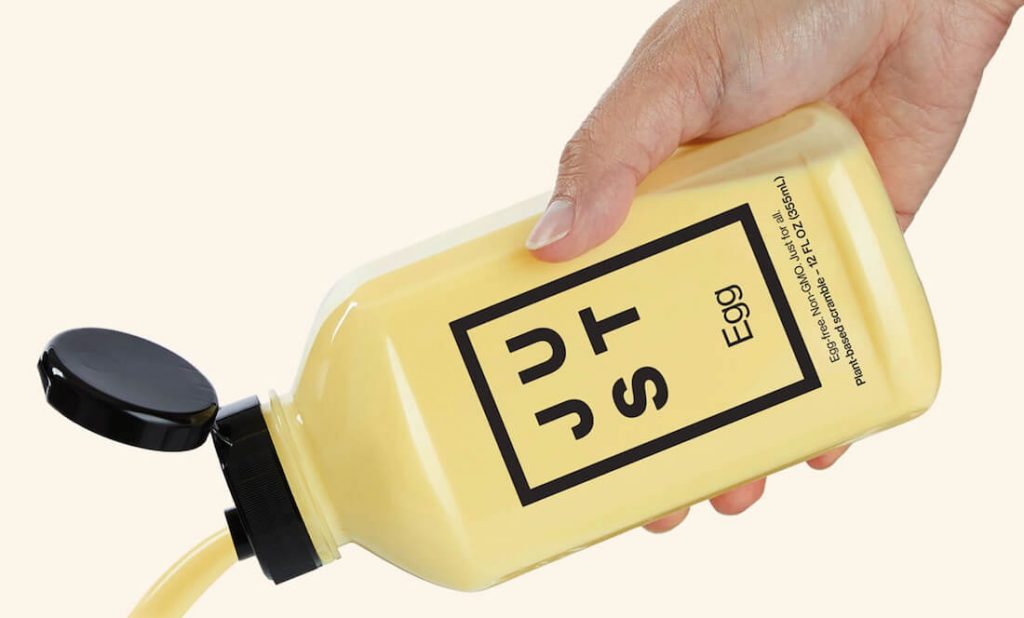 According to one recent report by Nielson, sales of vegan food in the U.S. now exceeds $3.7 billion. In the past 12 months alone, sales of vegan meat, eggs, and dairy-style products have grown by 17 percent.

To satisfy this growing interest, JUST offers a number of vegan products, including mayonnaise, dressing, and even cookie dough. According to the new sales data, the latter is also performing well. Just two months after it launched at a top retailer, JUST Cookie Dough is now the store’s second highest selling SKU in this category, beating well-established brands such as Nestlé Tollhouse.

The company is also in the midst of developing clean meat and hopes to deliver its first lab-grown product to market this year. Speaking at the Future Food Asia Awards in Singapore earlier this year, Tetrick said, “I’d like to think [clean meat] will be [available] before the end of 2018. It will probably first be in a restaurant or foodservice outlet and we’ll then look to expand from there.” He added, “This is sustainable, it eliminates all of the food safety risks of traditional meat, and it tastes exactly the same.”