Few couples in the past decade have had the following and support that Justin Bieber and Selena Gomez did. Many were devastated that they split and have since hoped that the two would rekindle their flame after a messy breakup. These hopes and wishes may now be answered.

But regardless of their relationship, are the pair now vegan? 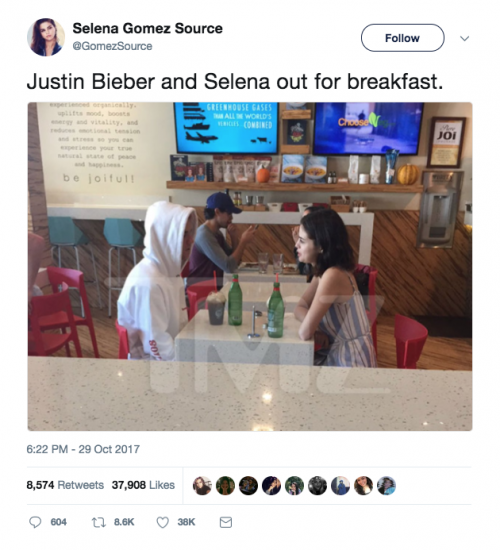 TMZ reported that just the other day the pair spent the entire day together — this is after they noted that Gomez split with the Weeknd.

Bieber and Gomez began the Sunday with church service then grabbed a vegan breakfast from Joi Cafe, a popular organic, plant based, and gluten-free spot. Their menu includes a variety of plant based goods like breakfast tacos, superfruit granola bowls, muffins and scones, mac n’ cheese, and a delicious bunch of smoothies and salads.

There is no clear or current information on Gomez’ interest in veganism, however, Bieber has tried it in the past. So is he returning to veganism and is Gomez trying it alongside him?

It’s unclear what’s happening with their maybe relationship and maybe veganism, but all we know is that the world is watching. Who knows, maybe Justin Bieber and Selena Gomez will become the new and coolest vegan couple.