Although best known for its mung-bean-based egg substitute, which is expanding across the foodservice and retail markets, JUST is also a player in clean meat game. Hailed as “the” sustainable meat option, JUST explains, “you can take just a handful of cells [from an animal], and keep growing them – essentially infinitely.” As well as sustainable, the meat is said to be ethical. According to the company, “We figured out how life really works, and we don’t need to cause death to create food.”  As for taste, the chicken will initially be trialed at a restaurant outside of the U.S to gauge consumer reaction. 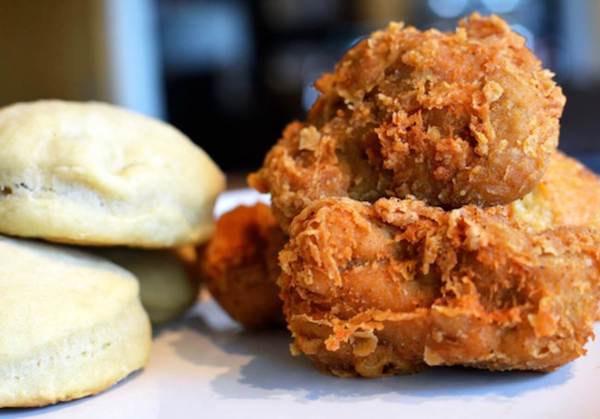 While Josh Tetrick, JUST’s CEO, told Food Navigator-USA that commercial quantities are still some way off, he hopes that within the next two to three years JUST will be producing enough cell-based meat for around 500 restaurants and stores – at an affordable price. “We’ll start at high-end restaurants and then move to retail,” he said.

While clean-meat is increasingly seen as the future of meat consumption, the CEO asks that consumers be patient; clean meat isn’t “something that has to be everywhere straightaway.” Beyond ground chicken, Tetrick admits that a more structured product – like a chicken breast – is “much further out.” Indeed, responding to Memphis Meats CEO Uma Valeti MD, who says that it may take up to 15 years before lab-grown meat captures a significant portion of the market, Tetrick agrees, “There’s no example of any breakthrough technology that’s ever just been everywhere all at once. It’s a process.”

He also notes the importance of creating a clean meat product that is affordable. While many consumers are increasingly aware of the animal welfare, health, and environmental issues behind their meals, Tetrick believes that lowering the price is the key to convince consumers to “switch” from conventionally farmed meat to lab-grown alternatives.

Regardless of the time it takes for “kill-free” KFC style chicken to be readily available to consumers, JUST’s latest development is a promising step towards sustainable, cruelty-free eating. As JUST says, “One feather, from one… chicken, could be a catalyst that feeds the world.”