Perry said excitedly “THANK YOU FOR FEEDING US WELL TONIGHT @impossible_foods” – which could be indicating her newfound love affair for vegan-friendly, lab-grown “meat”.

Katy added, “OMG MAYBE ONE DAY I WILL GIVE UP IN N OUT FOR MY FAVE VEGAN @impossible_foods BURGER”. Although she did follow with a “JK”, anything is possible, especially as she clearly loved the burger. 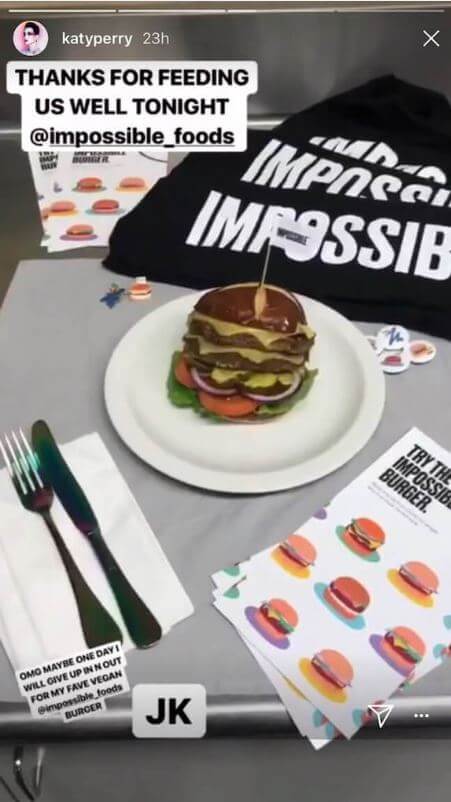 As Impossible Burgers are produced to “bleed” like a beef patty would, and are reputed for having a similar taste and texture to traditional meat, there is a strong appeal for meat-lovers – such as Katy Perry.

This American singer-songwriter isn’t currently a vegan herself (but hey, after this she might eat plant based more often!), she is known as an avid fan of In N’ Out, likely a convenient option for her fast-paced lifestyle in which she is frequently on-the-go.

Perry has been in a previous relationship and marriage with British comedian and animal rights advocate, Russell Brand, of whom has been vegetarian since the age of 14. After watching Forks over Knives with wife (at the time) Katy Perry in 2011, Brand went vegan. 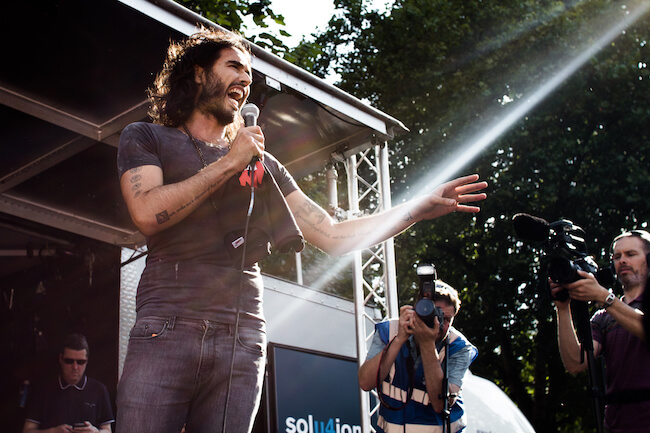 Although this “funnyman” comedian has flirted with vegetarianism since then, it is speculated he follows a vegan diet currently, after seeking advice from the public.

So, if Perry and Brand watched a vegan documentary together and Russell took the leap – the two have surely enjoyed vegan food together in the past. The couple are now separated but from the looks of her latest Instagram post, Katy’s on-off affinity with vegan food has stayed with her. And who can blame her?