The world is changing the way it thinks about food, not just in the minds of consumers, but in major, longstanding corporations as well. This change is prevalent at the Good Food Conference, which took place yesterday and today, where food industry leaders convened to discuss the emergence of plant-based and clean protein. Day One demonstrated the immense shift, as a representative from Kellogg’s U.S. made quite a definitive statement.

“This is a paradigm shift…Plant-based protein will play a much, much larger role than it plays today,” said Nigel Hughes, Kellogg’s SVP Global R&D, in reference to the future of protein. The groundbreaking quote was captured and tweeted by Rachel Atcheson, the Deputy Strategist for Brooklyn Boroughs President Eric Adams.

Hughes spoke on a panel titled, “How Food Companies are Rethinking Meat for the Flexitarian Consumer” during Day One of the conference. His comment cemented the notion that major food companies are indeed changing their products to better appeal to the more conscious, plant-based consumer. It’s no longer a shift in marketing tactics, but a whole new approach to food.

Another Kellogg’s representative, Monjur Hossen, the company’s Principal Product Development Scientist, Global Innovation and Nutrition Team, also participated in a discussion earlier that morning called, “From Natural Flavors to Artificial Intelligence: Cross-Disciplinary R&D is Advancing Plant-Based Meat.” The Day One discussion was centered around the theme of “Plant-Based Meat: The Path to Competition.” 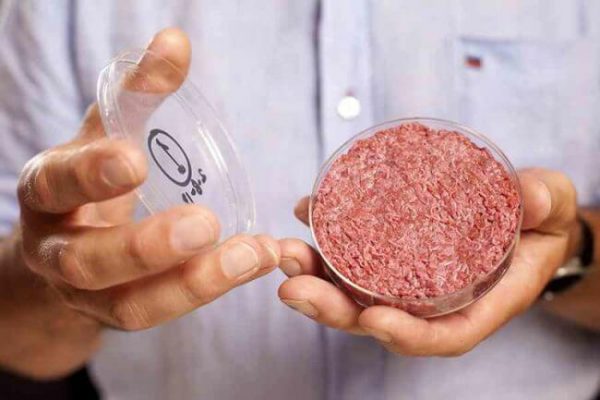 Although Kellogg’s is a breakfast company primarily specializing in cereals, bars, and pastries (they’re the brand behind Pop-Tarts and Eggo), their advanced marketing and research and development teams could be of tremendous use to shaping the future of plant-based protein. Kellogg’s is a brand America grew up with, and for many households, it is a brand they trust. The company’s endorsement of a plant-based future could be pivotal.

Hosted by The Good Food Institute, the Good Food Conference featured food industry leaders and held discussions around the clean and plant-based food movement. While Day One focused on vegan meat alternatives, Day Two was dedicated to clean meat and “The Path to Commercialization.” Representatives from most major clean meat companies spoke, including JUST, Memphis Meats, BlueNalu, MosaMeat, and even Tyson Foods, which has invested in both Beyond Meat and Memphis Meats.