American Filmmaker, Kevin Smith, has revealed he suffered a major heart attack over the weekend. A health scare that he claims has made him think seriously about his diet. In a heartfelt Facebook post, the producer of “Clerks” stated, “maybe it’s time to go vegan.”

The incident occurred after the star had performed a stand up show, he began to feel nauseous and sweat profusely, complaining of a heavy chest.

“I’ve had a great life: loved by parents who raised me to become the individual I am. I’ve had a weird, wonderful career in all sorts of media, amazing friends, the best wife in the world and an incredible daughter who made me a Dad,” Smith wrote on his social media, explaining that the scare has made him value the life he has led greatly. 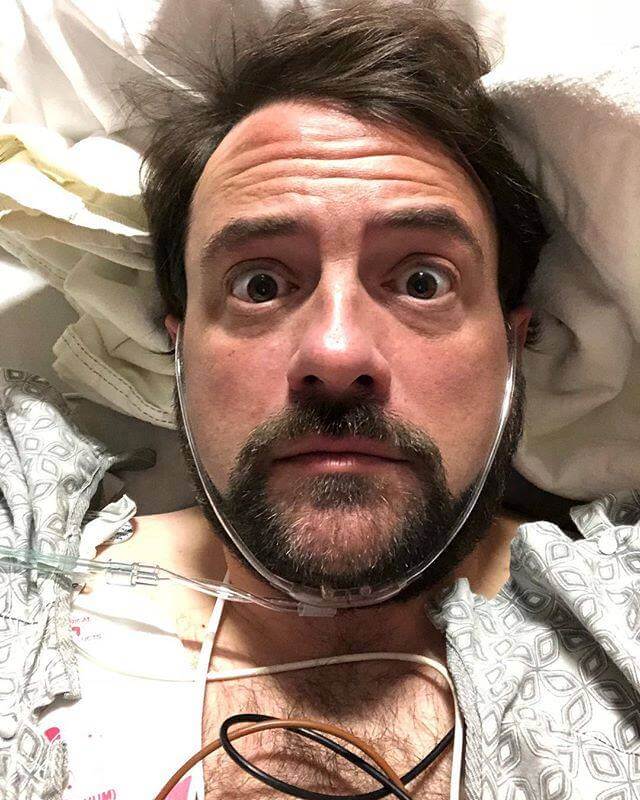 He continued on to credit the team at Glendale Hospital for their hard work and state that it was time to change his ways. “Total strangers saved my life tonight…This is all a part of my mythology now and I’m sure I’ll be facing some lifestyle changes (maybe it’s time to go vegan).”

A vegan diet may help reduce the risk of a second heart attack for the filmmaker. According to a new study funded by the Canadian Institutes of Health Research and the Diet, Digestive Tract and Disease Centre, the risk of cardiovascular disease can be reduced significantly by replacing one or two servings of animal protein per day with a plant-based alternative.