Last February, comedian and filmmaker Kevin Smith suffered a heart attack that nearly cost him his life. In the months following the major health scare, Smith overhauled his lifestyle, adopted a plant-based diet, and discovered the wonders of vegan food. The “Clerks” director is also now a huge fan of fast-casual restaurant chain Veggie Grill, which he loves so much, he requested the company to open a location near his hometown of Red Bank, New Jersey.

But it’s not all about great-tasting food; in April, Smith’s daughter Harley Quinn, an ethical vegan, revealed that her father’s vegan diet came with enormous health benefits: “He’s doing really great…He’s the healthiest he’s ever been, he’s vegan now, which is amazing.”

It seems the lifestyle change has propelled Smith into trying new things, specifically hiking and yoga. In a recent Instagram post, the director shared a picture of himself hiking in Runyon Canyon, Los Angeles. The caption reads: “This is the 5th time this week that I’ve hiked [Runyon Canyon]. It’s sweaty work but not as hard as it used to be for me to do. And tomorrow, the dork who made [Yoga Hosers] is going to try actual yoga for the first time…” 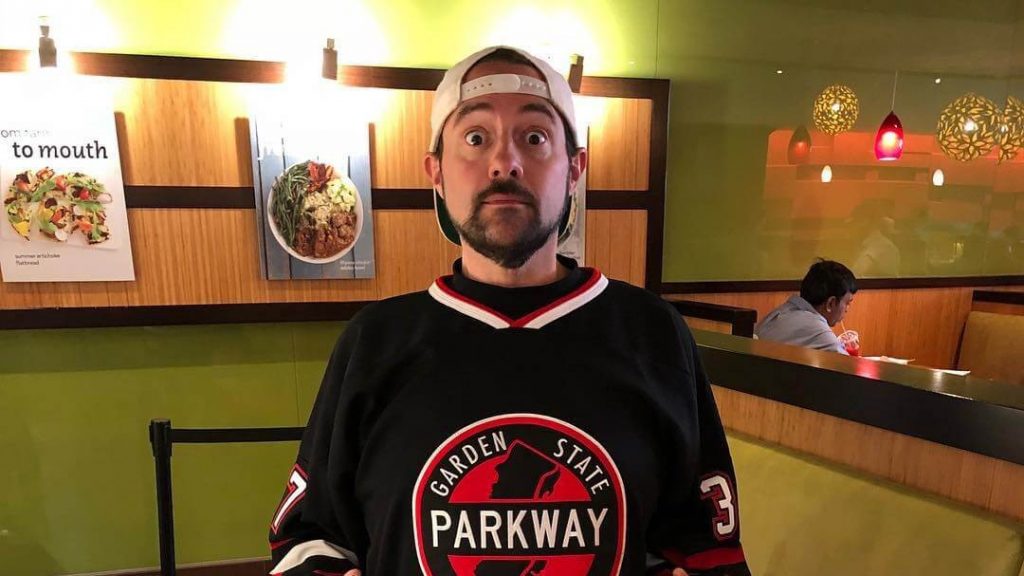 “Yoga Hosers” is a 2016 horror-comedy, directed by Smith. The movie stars Harley-Quinn Smith and actor Johnny Depp’s daughter, Lily-Rose Depp, as two young yoga enthusiasts who battle against sentient bratwurst-Nazis (or “Bratzis”). But a lot has changed since Smith made the feature-length; if he wrote it now, the sausages may at least be soy-based for starters, and instead of poking fun at yoga, the director may embrace it.

Does a plant-based diet reduce the risk of a heart attack?

Smith was right to change his diet, many medical professionals would say. One Canadian study released last December suggested that the risk of cardiovascular disease can be reduced significantly by replacing one or two servings of animal protein with plant-based protein. More recently, the World Health Organization advised that a global reduction in saturated fats, found in processed meats, dairy, and eggs, could help combat the cardiovascular disease epidemic. According to the organization, 72 percent of deaths around the world each year are contributed to by the overconsumption of saturated fats.

Former president of the American College of Cardiology, Kim Allan Williams, MD, recently spoke out about the link between a number of diseases and the consumption of animal products.