Introducing the topic of veganism to children might be a struggle for some parents. Although there is plenty of information out for adults, a lot of it is too distressing for children.

With that in mind, here’s a list of films to help you introduce children to veganism, without giving them nightmares.

(Disclaimer: we can’t actually promise there won’t be any nightmares. Cruella De Vil is terrifying.)

Top 10 Kids Films To Teach Your Children About Veganism

A true netflix masterpiece, this film will have you in tears whether you’re an adult, child, vegan or meat eater. Okja gets real when it comes to animal agriculture. As Mija travels across the globe to save her best friend and pig Okja from the Mirando Corporation she discovers that Okja isn’t the only super pig they’re using to make money. 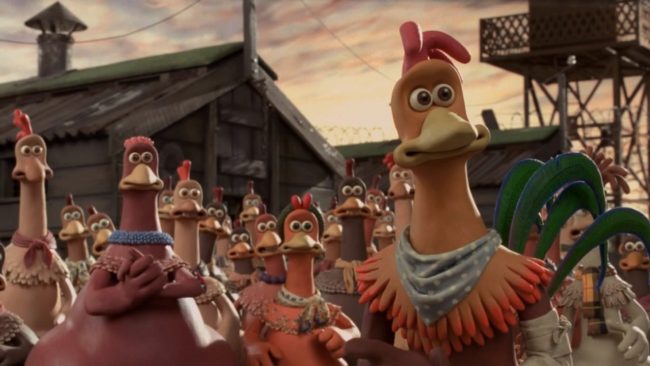 “But I don’t want to be a pie!” We know you don’t Babs. A light hearted approach to the farming industry, but still with an important message. Chicken Run shows the story of a hilarious group of chickens (and one pretty useless rooster) trying to escape the pie machine.

This adorable story of a pig raised by sheepdogs shows children that animals on farms are not all treated equally. Star of the film James Cromwell actually turned vegan after appearing in the film Babe and is now an amazing animal rights activist! 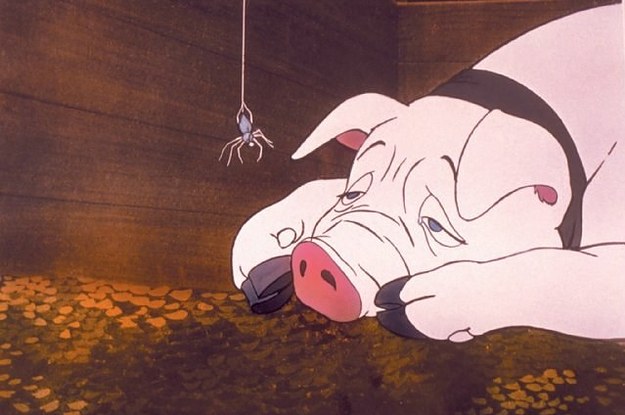 The heartbreaking story of Wilbur the pig finding out that people eat animals and trying to escape the slaughterhouse. With the help of Charlotte the spider, Wilbur escapes his fate, but the film shows just how much we value some animals over others. If you’re not so keen on cartoons there’s also a more recent adaptation of this movie featuring Dakota Fanning. 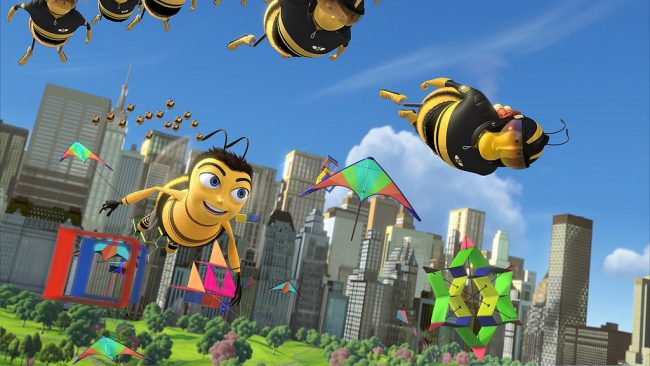 This film takes more than one slightly odd turn, although I think we all enjoy watching a grown man have tantrums because his girlfriend prefers a bee. It also pulls no punches when discussing the ways in which humans exploit bees! If only bees really could take us to court for stealing their honey… 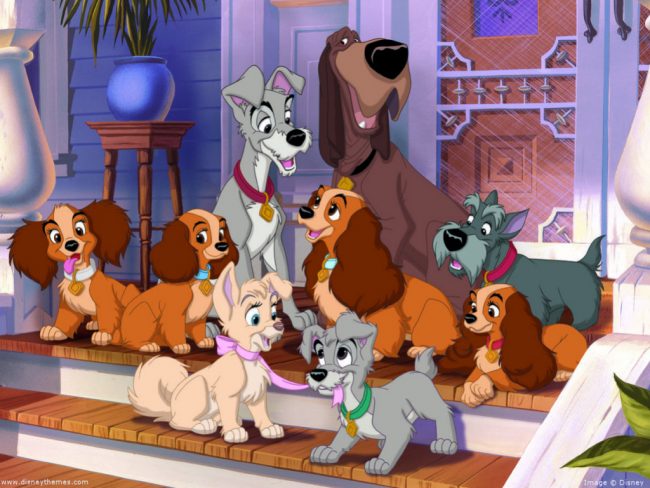 Whilst not being specifically about the animals that we eat, Lady and the Tramp shows how many pets are abandoned and uncared for, even showing a dog in the pound on his way to be put down. It can help children understand that animals are sentient beings and not property. 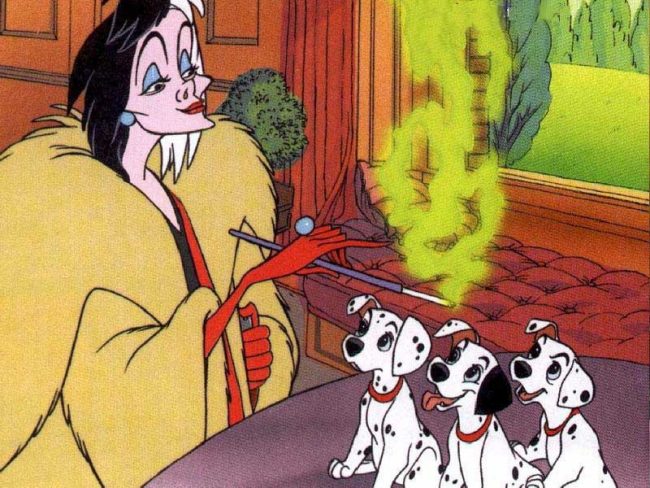 Cruella De Vil is basically the fur industry personified. Again it shows how some people view animals as commodities and not beings in their own right. It also has loads of puppies in it so is a must watch. 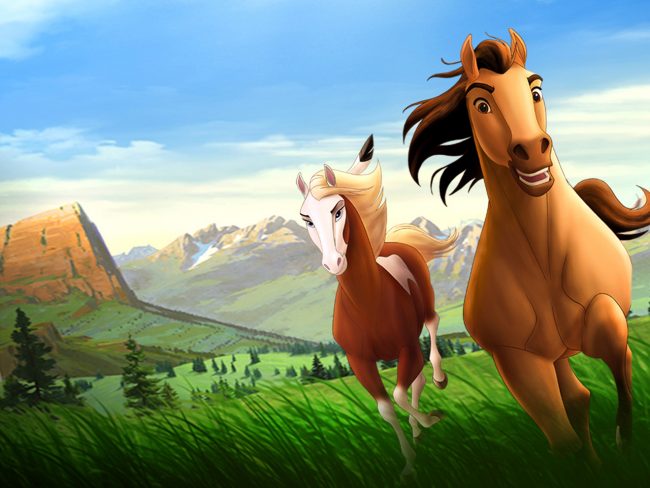 Slightly different to the average children’s film, Spirit shows life from a horse’s perspective when humans want to use them as work horses. Spirit’s determination and cheeky nature means he won’t let humans get the better of him, though! 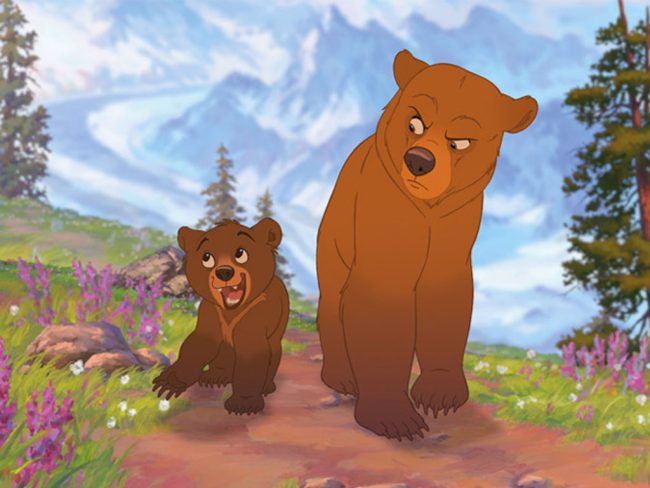 When brothers Kenai, Denahi and Sitka set out to kill a bear pursue a bear for taking some salmon, things don’t end as planned and Sitka gets killed. Kenai sets out to avenge his brother’s death but when he kills the bear turns into one himself. He meets Koda, an adorable if somewhat annoying bear cub, and we learn that humans aren’t the only ones with love for their families. 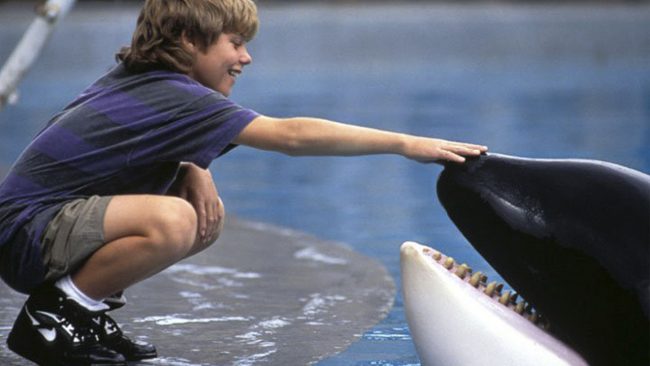 This film has move to offer than just a funny name. One of the few films that address the issue of using animals for entertainment. Thanks to his human friend Jesse, Willy goes free but not before the humans who want to make money from him put up a fight.

Any of these films can give kids a good introduction to veganism without them watching anything too hard hitting or serious.