New plant-based meat brand Daring Foods is aiming to sell £7 million ($9 million) worth of its vegan products in 2019.

For such a “daring” goal, the team needs assistance. The company enlisted the help of its brand ambassadors, three chickens named Kim Kardashi-hen, Khloe Kardashi-hen, and Kourtney Kardashi-hen, who co-founders Eliott Kessas and Ross Mackay hang out with whilst munching on meat-free chicken burgers.

In the first quarter of 2019, Daring Foods, in partnership with food service provider Lomond Fine Foods, will bring its plant-based meats to 300 locations across the United Kingdom.

“Moo-Free” vegan beef burgers, made with seitan and potato, along with its “Cluck-Free” vegan chicken patties will be available at 35 eateries in Scotland, where the brand is based. Daring Foods also produces Fishy-Free Fingers, Moo-Less Meatballs, Moo-Less Mince, Cluck-Free Strips, and Cluck-Free Nuggets. All of its products are vegan-friendly and free from soy, palm oil, and GMO ingredients.

“As society makes the inevitable shift to a more plant-based diet, we are now well placed to create and deliver options by creating delicious, nutritious, and sustainable foods directly from plants. The market is there for the taking,” Mackay said to The Grocer. 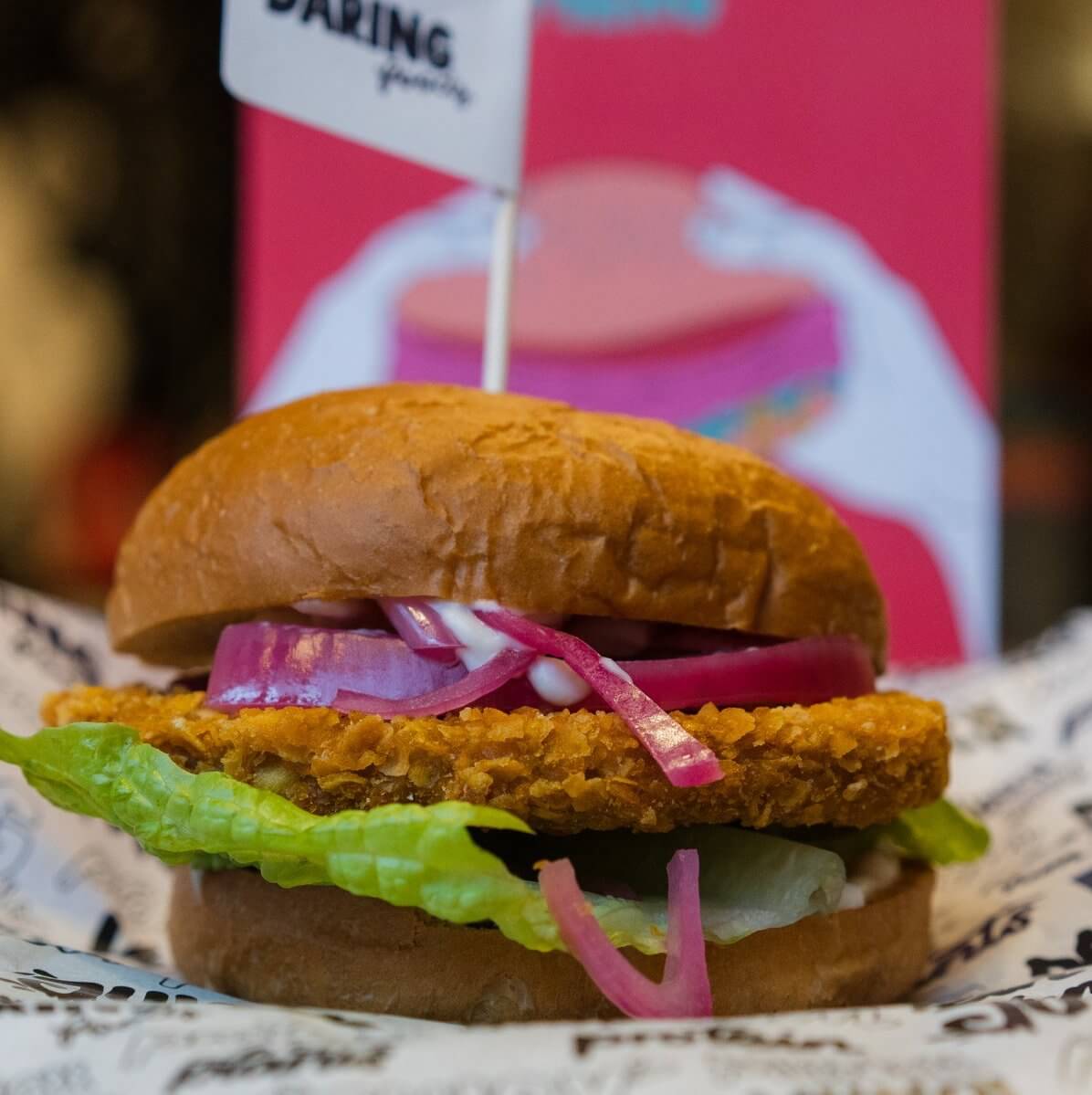 He continued, “In general, consumers are becoming more aware than ever before of the effects that animal-derived products are having on our planet, their bodies, and the plight of animals. We can help contribute to a more sustainable future and make steps towards removing animals from our food system entirely.”

The brand will shortly announce a deal with “one of the UK’s biggest supermarket chains,” Daring Foods revealed. It’s also working alongside business advisory firm Johnston Carmichael to bring vegan meat to more than 1,000 locations by the end of the year, and by 2020, providing the equivalent of 10 percent of the UK’s population with its products.

“Plant-based foods are one of the world’s fastest growing new categories in food and drink and I expect this to continue through 2019,” Adam Hardie, Johnston Carmichael business development partner and head of food & drink, said to The Grocer. “Daring Foods combines a unique and market-leading product with a clear message that will resonate with this burgeoning market.”