One company just made it easier to eat vegan at a casino. Station Casinos, a major gaming company based in Las Vegas that owns a number of casinos, recently updated the menus of several locations to include new vegan dishes.

“If you thought there was nothing more to Vegas food than yard-long margaritas and 2,000-calorie burgers, you thought wrong,” the company wrote in a blog post. “This year we’ve redesigned our menus to bring you more vegan and vegetarian options. From Mexican to Italian, Station Casinos is bringing you more options than ever before.”

At the company’s flagship and headquarters, Red Rock Resort, an abundance of vegan options were added to various restaurants throughout the casino. At Hearthstone Kitchen & Cellar, which specializes in “rustic American” fare, guests can now choose from eight vegan options, including a vegan puttanesca pizza and stuffed dates with vegan bacon and roasted piquillo sauce. 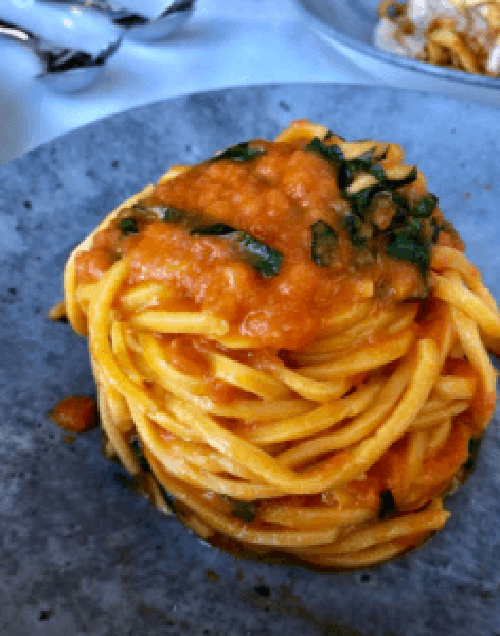 “We are always looking to exceed our guests’ expectations and with the growing popularity by many who prefer vegan and vegetarian options, we saw an opportunity to expand our menus throughout several of our restaurants,” Station Casinos Spokeswoman Lori Nelson told Vegans, Baby, a blog that reports on vegan options in Las Vegas and vegan restaurants in Las Vegas.

Increasingly, more consumers than ever before are passing on meat and dairy in favor of plant-based options, regardless of dietary preference. A survey conducted by the Vegetarian Resource Group found that 37 percent of Americans prefer to order vegan meals when dining out in restaurants, showing that eating plant-based food is no longer as niche as it once was.

From drive-throughs to white tablecloth establishments, restaurants are beginning to take notice. The vegan Impossible Burger, for example, was originally offered exclusively at high-end restaurants such as David Chang’s meat-heavy Momofuku Nishi in New York City and Crossroads Kitchen in Los Angeles. However, now it is offered at over 1,300 restaurants across the United States, including fast-casual concepts like Umami Burger and most recently, select locations of White Castle.