Waiting at the airport may soon be less of an inconvenience, at least at the Los Angeles International Airport (LAX). The major travel hub just launched a new grab-and-go vegan meal line, backed by the world’s leading airport food service company, Delaware North.

The new vegan options were initiated by Vegan Outreach, an international non-profit organization on a mission to end animal suffering through education and the promotion of mainstream vegan options. The Vegan Outreach team first approached Delaware North with the idea more than a year and a half ago and they are excited to finally see their efforts come to fruition. Taylor North, the Vegan Outreach Social Media Manager, said in a press release, “Countless vegans travel through LAX every day, and we’re excited Delaware North is paving the way in what we hope will become a bigger trend in airports.” 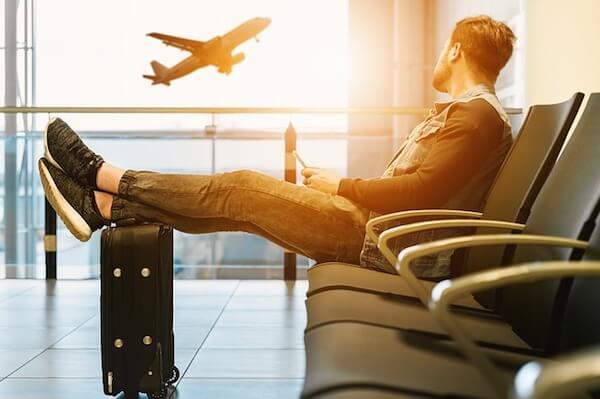 The rollout of grab-and-go products will be gradual, beginning with a vegan poke bowl. The organization promises more to come throughout the year. Although the additional options have yet to be solidified, North assured that they will be hearty, such as Gardein-based chicken caesar salads or vegan chicken wraps. These plant-based options will be sold in the Farmers Market located at the departure level of Terminal 5, which is home to several popular airlines including American Airlines, Hawaiian Airlines, and Jet Blue.

LAX has already proved to be a pioneer in plant-based offerings since welcoming the popular Los Angeles vegan restaurant Real Food Daily in 2013. Real Food Daily is the first entirely plant-based airport restaurant, serving up a streamlined menu of fan favorites including No-Huevos Rancheros, seriously stacked sandwiches, make-your-own veggie and grain bowls, and a wide variety of juices, smoothies, and sweets.

Vegan airport dining has greatly improved over the years, simply due to the fact that more chain restaurants and cafes, such as Chipotle and Starbucks, are better catering for the growing number of plant-based patrons. Mainstream menus have shifted to be more inclusive of the conscious consumer, making it easier to find vegan options no matter where one travels. Several vegan-friendly mobile apps, such as Happy Cow and abillionveg, also help guide users toward satisfying plant-based options virtually anywhere in the world.

And vegan food isn’t just in the terminal; last month Air New Zealand announced it had added the vegan Impossible Burger to its menu on flights from Los Angeles to Auckland, with more flights coming soon.