A group of eco-tourists traveling through the Maliau Basin in Borneo have named a new species of water beetle after Academy Award-winning actor and environmentalist Leonardo DiCaprio.

The newly-discovered insect has been given the scientific name Groivellinus leonardodicapriori, borrowing from the name of 19th-century French beetle expert Antoine Henri Grouvelle and the eco-conscious actor. The 3mm-long beetle specimen was recovered from a shallow stream, missing a front leg and antenna. Following the discovery, the tourists and staff at the Maliau Basin Studies Centre voted that the new beetle species should be named after Leonardo DiCaprio as a means of paying homage to the actor’s dedication to environmentalism.

“In this case, we didn’t name the beetle because it looks like Leonardo DiCaprio,” Iva Njunjić of Taxon Expeditions, a Dutch firm that helped arrange the trip, told The Guardian. “We wanted to highlight that even the smallest creature is important, such as this tiny beetle that nobody knew about before now.” 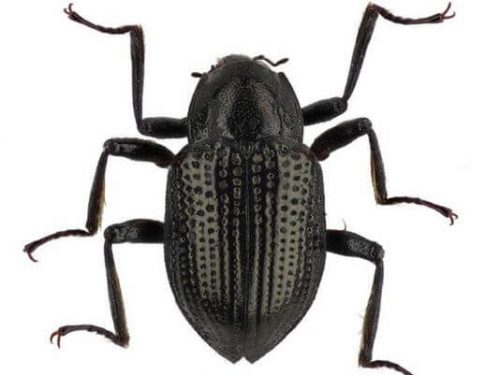 The Leonardo DiCaprio beetle’s discovery was almost immediately embraced by the actor, who updated his Facebook profile photo to a rendering of the new species shortly after learning of the honor. Leonardo DiCaprio is not the first eco-friendly actor to have a new species of insect named after him. Earlier this year, Arnold Schwarzenegger, who has participated in campaigns encouraging people to eat less meat for the environment, had a buff-looking new fly species named after him.

While it is not clear if he is vegan, Leonardo DiCaprio has proven himself to be an ally to the planet. In a bid to combat climate change, he has backed plant-based meat brand Beyond Meat.  The vegan chickpea flour-based snack brand, Hippeas, is also among the actor’s plant-based investments. He also served as an executive producer on the documentary “Cowspiracy.”

The actor has also been spotted sharing a vegan lunch with fellow environmental activist Jane Goodall and vegan musician and next-door neighbor, Moby. Last year, DiCaprio granted $20 million to help environmental charities through The Leonardo DiCaprio Foundation and he recently invested in a new green hotel in Tel Aviv, known as the vegan capital of the world.