Leonardo DiCaprio has given people much reason to believe that he is vegan in recent months. He has already invested in Hippeas, a vegan, chickpea-based crisp brand, and often refers to the detrimental effect of animal agriculture on the environment. Now, he has chosen to back brand Beyond Meat as an official investor.

Ethan Brown, Beyond Meat’s CEO has commented on DiCaprio’s choice to invest saying ‘I am thrilled to officially welcome Leonardo DiCaprio to the Beyond Meat family…His investment and role as an advocate reflects a shared vision that meat made directly from plants, like our Beyond Burger, has enormous benefits for human health, the climate, natural resources, and animal welfare.’ 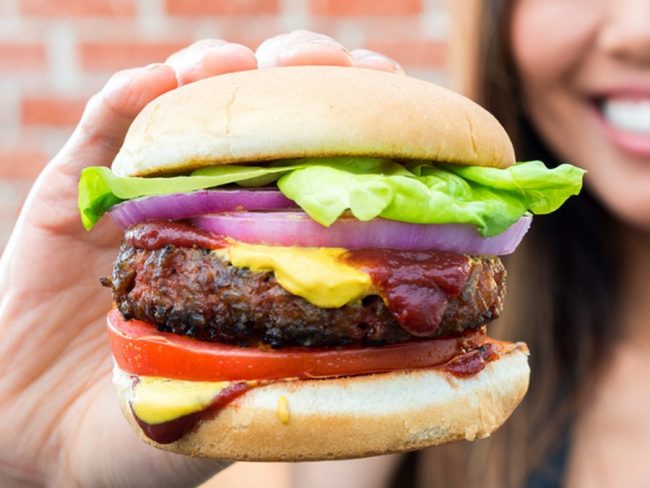 Brown also revealed that DiCaprio had taste tested their burgers prior to their launch and given ‘helpful’ feedback.

Beyond Meat have gone from strength-to-strength over the past 12 months, and their vegan meat alternatives are now available at over 2,500 US stores.

DiCaprio believes that Beyond Meat will help people make the leap to meat-free meals. ‘The company’s ability to create appealing, healthy meat directly from plants will go a long way in helping everyday consumers take action on climate change,’ he said. Also commenting that ‘Livestock production is a major contributor to carbon emissions. Shifting from animal meat to the plant-based meats developed by Beyond Meat is one of the most powerful measures someone can take to reduce their impact on our climate.’

The Beyond Meat burger has proven popular at a number of establishments with both vegans and meat-eaters, allowing people to make the switch to eating meat-free without having to compromise on the taste.

DiCaprio’s investment and public endorsement of the brand could well increase their reach even further, and will hopefully allow them to distribute to other countries, as they have claimed is their plan.