It has been announced that Leonardo DiCaprio is set to play Leonardo da Vinci in an upcoming movie about the artist’s life. The movie will be based on the biography of da Vinci written by Walter Isaacson which is expected to come out in October this year.

The role is particularly fitting for DiCaprio as allegedly he was named after the great artist and scientist himself. When DiCaprio’s mother was pregnant with him, she felt him kick for the first time whilst staring at a da Vinci painting in an Italian museum, and decided to name Di Caprio Leonardo right there and then.

But it seems that their names might not be the only thing that the two Leos have in common. Although he has never confirmed it, it has long been suspected that DiCaprio is a vegan.

Earlier this year, he invested money in the vegan snack brand ‘Hippeas.’ He was also involved in the making of pro-vegan documentary Cowspiracy when it was released on Netflix in 2015.

In addition to this, Gwyneth Paltrow has spoken about how Leo influenced her eating habits claiming that he would talk to her about ‘how dirty meat is and how bad factory farming is’. As a keen environmentalist, it would certainly make sense if Leo had ditched meat, eggs and dairy. But can the same be said for da Vinci who lived 500 years ago? 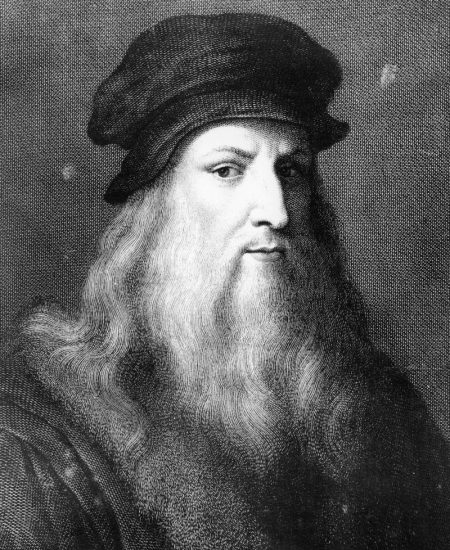 We may never know whether da Vinci was vegan, as the word was not in use at that time, but what we can ascertain is that da Vinci was an animal lover. There is also evidence to suggest that he didn’t eat meat. In a book published 31 years after da Vinci’s death, Italian painter Giorgio Vasari claimed that da Vinci used to buy birds at the market simply to set them free. While this might not be strictly true it does paint a picture of the way in which people viewed the great artist.

Moreover, there are quotes from da Vinci himself and his peers that suggest he refused to consume meat. In several sources, da Vinci has been quoted as saying that he would not let his body be a ‘tomb for other animals, an inn of the dead … a container of corruption.’ Similarly, when the Italian explorer Andrea Corsali wrote back to Italy, he talked of vegetarian Indians and said they ‘do not feed upon anything that contains blood, or do they permit among them any injury be done to any living thing, like our Leonardo da Vinci.’

Although it is not yet certain when it will hit screens, we eagerly await Di Caprio’s depiction of da Vinci. Who knows, maybe he’ll win an Oscar for this one?