DiCaprio and Moby are becoming fast friends. The two were spotted dining together at Moby’s Little Pine restaurant in early March. Then, several weeks ago, an Instagram post shared by Moby showed DiCaprio, Jane Goodall, and himself, arms slung over each other’s shoulders. The caption read, “An inspiring lunch with two of my favorite environmentalists,” and DiCaprio later regrammed the post, writing, “an inspiring day in LA.” The trio was at a fundraiser for the famed primatologist’s conservation work.

DiCaprio and Moby shares mutual interests in environmental conservation and sustainability. DiCaprio has supported several plant-based projects for the sake of environmental stewardship. He has purchased entire islands for habitat restoration, in addition to securing several international partnerships with hospitality groups to develop eco-resorts. DiCaprio is also the executive producer of “Cowspiracy,” the groundbreaking 2014 documentary that exposed the environmental impact of the animal agriculture industry. 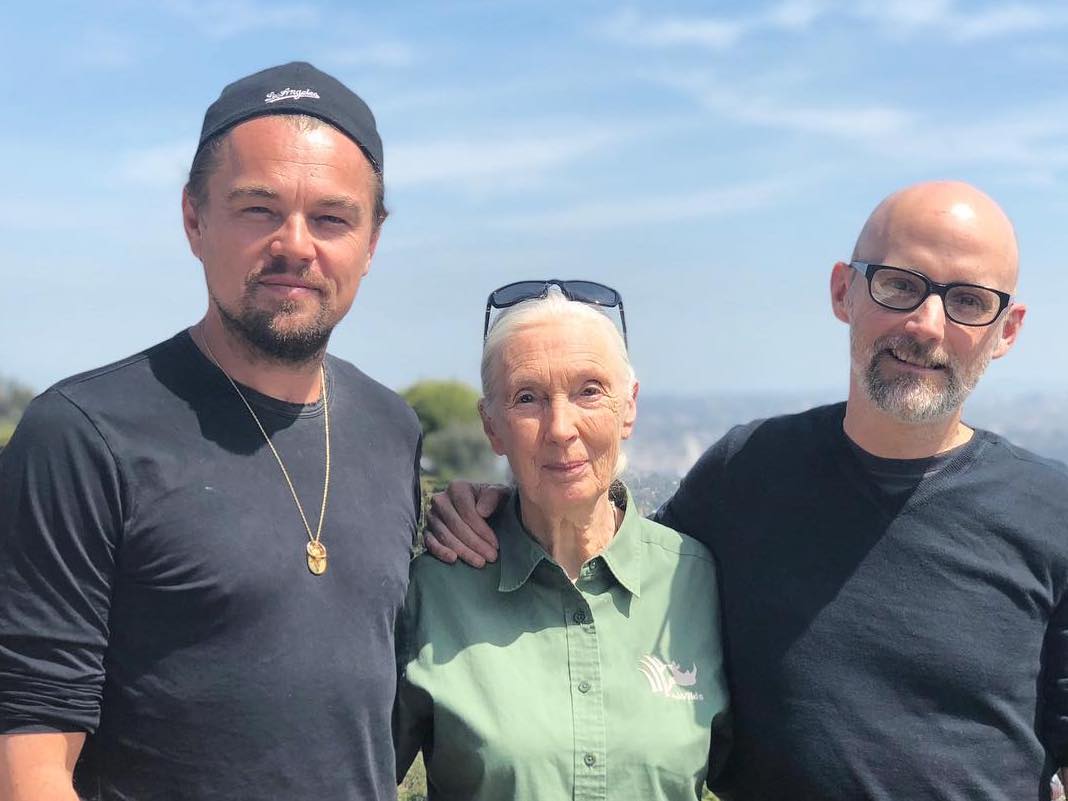 Moby has been vegan for more than 30 years and his activism is now taking center stage. Moby now focusses much of his time and funds on creating a more compassionate, cruelty-free world. He is a well-known supporter of the farm animal non-profit, Mercy for Animals (MFA), as well as PETA. He also relies on his music career to advance the cause, performing at MFA’s annual Circle V music and food events, as well as DJing the upcoming Humane League Los Angeles’s Vegan Prom. He has also put decades worth of his music and recording equipment up for sale to benefit the Physicians Committee for Responsible Medicine, a vegan medical research and lobbyist organization. And his vegan restaurant Little Pine donates all profits to various animal rights organizations.

The 1926 home was renovated by Moby and features clean white walls, towering ceilings, and hardwood floors throughout the five enormous bedrooms and eight bathrooms. The property is also equipped with a pool, spa, and garden.

Now that they are neighbors, can we expect more Instagram posts featuring these two environmental icons? Perhaps sharing to-go boxes of Little Pine leftovers over a movie marathon of “Titanic” and “What the Health?” And what about the housewarming party? After all, it’s the perfect venue for an epic plant-based welcoming bash, Gatsby-style.