If you were a couple of vegan entrepreneur-storytellers sitting across from Leonardo DiCaprio at Moby’s Little Pine, one of LA’s hottest vegan restaurants, wouldn’t you try to buy him dinner?

There are a lot of reasons to offer to pick up the bill for Leonardo DiCaprio. The years of stellar entertaining and meme-making matter, of course, but also consider his significant body of activist work for the planet, endangered species, indigenous communities, and his efforts to shift our global food system to a more sustainable one.

He started the Leonardo DiCaprio Foundation back in 1998 to help support the work being done by environmentalists. He’s recently invested in several innovative food companies disrupting Big Ag that we frequently cover here at LIVEKINDLY: Beyond Meat and Hippeas. 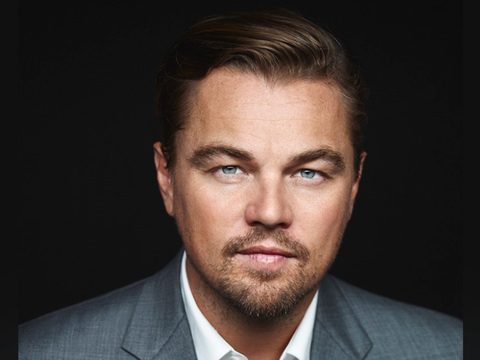 Beyond Meat is rocking the burger (and sausage) world so hard right now with its plant-based offerings that look, cook, and taste like real meat. The company’s signature Beyond Burger is like the method actor of the food world: it’s a versatile hit; it’s saving the environment; everyone knows it just by its first name; and let’s get it all out there, shall we: like Leo, it’s so super hot.

Hippeas is also doing its fair share of DiCaprio-esque performing by taking a chickpea and turning it into a revolutionary snack product that will sway any finger-licking Cheetos fans away from the detriments of dairy-laden products. It cuts out the climate-threatening GHGs produced by the dairy industry as well as spares the suffering of cows forced into endless cycles of pregnancy and lactation. It’s one of those rescue boats Rose made it onto in “Titanic”– which means that, yes, that Cheetos Cheetah guy is indeed a drowned and bloated Jack.

Last year, the Leonardo DiCaprio Foundation awarded more than $20 million to 100 different environmental organizations. Last week, a green energy hotel in Israel — the unofficial vegan capital of the world —  announced that DiCaprio invested in that operation.

The actor has produced and appeared in several documentaries on climate change (2007’s “The 11th Hour” and 2016’s “Before the Flood”) and he reportedly “praised” the forthcoming documentary about animal agriculture’s pressure on the planet, “Eating Our Way to Extinction.” He’s basically battling aggro climate-affected bears even when he’s not portraying Hugh Glass.

He used his long-overdue 2016 Oscars speech to address the climate change threats he witnessed first-hand while filming on location for his Academy-Award-winning performance in Alejandro G. Iñárritu’s “The Revenant.”

And there he was, looking as ordinary as one gets in a baseball cap, sitting with Moby and friends, when LIVEKINDLY’s founder Jodi and I sat down at a table on the other side of the small dining room. It’s dark in the restaurant, probably so celebrities can dine in peace, but we’re longtime vegans, which means all that beta-carotene in our diets practically gives us x-ray vision. So maybe the dim lighting is just an energy saving move by Little Pine? Because there was no mistaking the actor as he listened intently to his table mates and noshed on his supper as the candles flickered.

We ordered a few glasses of full-bodied wine and some warm, crispy cauliflower. It seemed Gatsby-ish enough even though we forgot to toast each other before we began our sipping (read: nervous gulping).

We were famished. It’s busy work running a web magazine and running one that focuses on telling the stories of game-changers like Moby and Leo and all of the causes they support is both exhilarating and exhausting. In just under a year we’ve hit major milestones with our content because people are indeed hungry for change — they’re hungry for news that inspires them to keep making better choices. They’re more open-minded than corporations and politicians give them credit for. And time and again we see that stories about celebrities often are the most effective at getting the reach and engagement we know is critical to moving the needle forward (thus this story, yes)?

As storytellers, we couldn’t help but wonder if Leo dining with longtime vegan and animal rights activist Moby was confirmation that he is indeed a vegan himself. People have long speculated about Leo as they have fellow actor Ryan Gosling’s choices, suggesting there is verifiable proof that both are in the circle V club, even if they don’t discuss it publicly. Leo’s investments, his passion for protecting the environment, and now his dinner meeting at Little Pine — he has to be vegan, right? How could he not?

We weren’t exactly sure what we would even ask Mr. DiCaprio given the chance, but we felt compelled to try and create the opportunity. We couldn’t just walk over to the table, even despite me meeting with Moby at his house last year. Sending drinks seemed too flirtatious (and Moby doesn’t drink). So we decided to buy the table’s dinner. That’s what marketing budgets are for, right? The wine agreed.

If you’re thinking “but isn’t it Moby’s restaurant?” — you would be correct. We were told “we don’t ever charge Moby for his meals,” when we offered no less than three separate times to various restaurant employees and maybe one polite customer that we’d like to buy the table’s dinner (and send over our business cards with the paid bill).

We swirled around a bit in our own confusion: are we starstruck? Or is this the kind of opportunity we need to seize on as publishers? Surely we can’t be the only people who’ve ever tried to buy Leo or Moby dinner. But aren’t we doing it to tell better stories? To connect readers with the realness of our climate crises? To verify whether or not those blue eyes do still sparkle in dim dinner lighting?

Okay, so maybe eye color is less important than sky color right now, but the point is people want to know what celebrities are up to. (“You gotta serve somebody,” Bob Dylan famously crooned in 1979.)

After our (ahem) third-ish attempt to pay for their meal, our dinner came out of the kitchen rather speedily — we assume in an effort to get this fabulous feast into our bellies at the perfect temperature and/or to shuffle us out the door quickly and prevent us from any more semi-humiliating attempts at BFFing Leo and Moby. (Call me?)

The King Oyster mushroom scallops and a vegan sausage and crisp polenta were both perfectly plated and aromatic. We’d be lying if we said our attention was solely on our meal (it was Jodi’s first time at Little Pine), as delicious as it was though. But as crestfallen as we were by our foiled Inception-layered attempts to eat with Gilbert Grape, the food buoyed us through to more ideating. It tasted both home-cooked and decadent at once. How is that possible? It was Shutter Island on a plate.

“What if we buy the whole restaurant dinner?” we wondered. After our server rejected our final bid to pay for Moby’s table, he did urge us to “get creative.” That’s kind of our job, anyway.

All profits from Little Pine go to animal rights organizations, and on Tuesdays, the restaurant offers a discount to people who work for animal rights organizations, because Moby is basically Vegan Santa. Buying everyone dinner seemed like the least we could do and for a good cause. The restaurant was probably packed with hardworking change-makers whose stories we should be telling anyway, right? (Seriously, people, call us.) This was a bona fide recon mission. Let the IRS question this dinner write-off! We imagined a stack of business cards being delivered to us and our content calendar filled out for months after everyone discovered their bill was paid for by a vegan publisher. Maybe Leo and Moby would want to invest in our little startup, too? They can help us to get more eyes on our stories about their investments and projects? Who’s King of the World, now?

And that’s when we realized that we certainly weren’t the first people to be in that restaurant, maybe those exact seats, hoping to have these types of pressing conversations with Moby and his celebrity clientele. Doesn’t it almost seem like he opened the restaurant with that very intention in mind? Maybe? A little bit?

We needed time to think. We ordered the Banana Cream Pie.

The Banana Cream Pie is not a humble slice. It is quite literally an entire pie. Rotund and replete. Pillowy enough to soak up any tears that may or may not have fallen from our faces in our rejected but hopeful agony. It is both punishment and reward; sweet consolation with a subtly crisp underlayer. It’s the perfectly delicious if not somewhat awkward end to a meal that was loaded with duality and confusion. But it concludes the night to remind us that delicious, decadent vegan food in a world of disharmony is necessary, it does make sense; it’s like a guidepost pointing us toward the sustainable future that has to happen. It’s like Leonardo DiCaprio using his fame and fortune to repeatedly tackle these causes while also becoming the Gatsby meme synonymous with depravity.

We didn’t buy Leo and Moby dinner, or anyone else. We didn’t even finish the pie. But we did get the story we were hoping for; it was here all along. And it’s only just beginning.