Well known vegetarian brand Linda McCartney is bringing out a new range of products for the festive season. Even better, the whole range will be vegan!

The range will include Vegetarian Roast Beef with Red Wine and Shallot Glaze, which is possibly the fanciest veggie alternative ever offered in British supermarkets, in addition to two types of cocktail sausages and wellington bites. Although the range is festively themed it will start to appear on shelves in Asda, Tesco and Sainsburys in just over 2 weeks, on 20th August. That’ll give you plenty of time to test them once or twice (or maybe three times) before committing to your Christmas dinner plans.

Created in 1991 by the brand’s namesake, the company have offered completely vegetarian food for a long time. However, recently they have made changes to come of their products, such as the pulled ‘pork’ burger, to make them completely vegan. Although no longer owned by the McCartney family after being sold to Hain Celestial Group in 2006, 8 years after Linda McCartney’s death, Paul and other members of the McCartney family still have a great deal of involvement in it’s development. 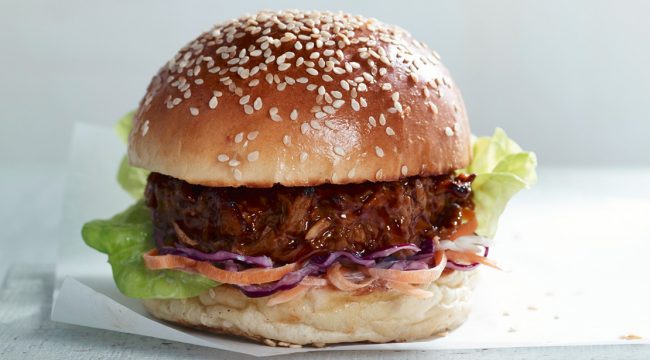 It has been speculated recently that Paul McCartney himself may have actually switched to a fully vegan diet, after demanding only vegan food be served at one of his concerts last month. A long time vegetarian, the ex Beatle has been the face of the Meat Free Monday campaign and advocates for a vegetarian lifestyle. If McCartney has made the move over to a vegan diet, however, the brand’s new interest in making their products more vegan friendly could be a reflection of his own personal lifestyle choices.

Recently there has also been a spike in the interest in plant-based diets as a healthier, more environmentally friendly lifestyle. An interest in ditching meat has started to become apparent in the food industry, with one of Linda McCartney’s UK rivals, Quorn, recently experiencing a surge in sales worldwide.

Thanks to brands like Linda McCartney it’s becoming easier than ever to adopt a plant-based lifestyle.