Have you ever dug into a late night Pot Noodle and thought, “what would this be like on a pizza?” Probably not, but one pizzeria in North Wales decided to find out anyway.

Pizza chain Johnny Dough’s just launched a range of Pot Noodle Pizzas, two of which are available vegan: the Bombay Badboy and Beef and Tomato.

As well as actual Pot Noodles, the wood-fired pizzas include local produce, the Daily Post reported.

“Pot Noodles are actually vegan. Except the chicken one, of course,” Morgan Austin, owner of Johnny Dough’s, said to the Daily Post. “It doesn’t say so on the packaging because of the manufacturing processes, but they are listed on all the websites and forums as vegan-friendly.”

To the surprise of many, a number of instant noodle brands are vegan (even some chicken-flavoured ones).

“It’s just a bit of fun really. Everyone knows what a Pot Noodle is – if you don’t like them then you’re screwed – but honestly, they’re really good,” Austin continued. 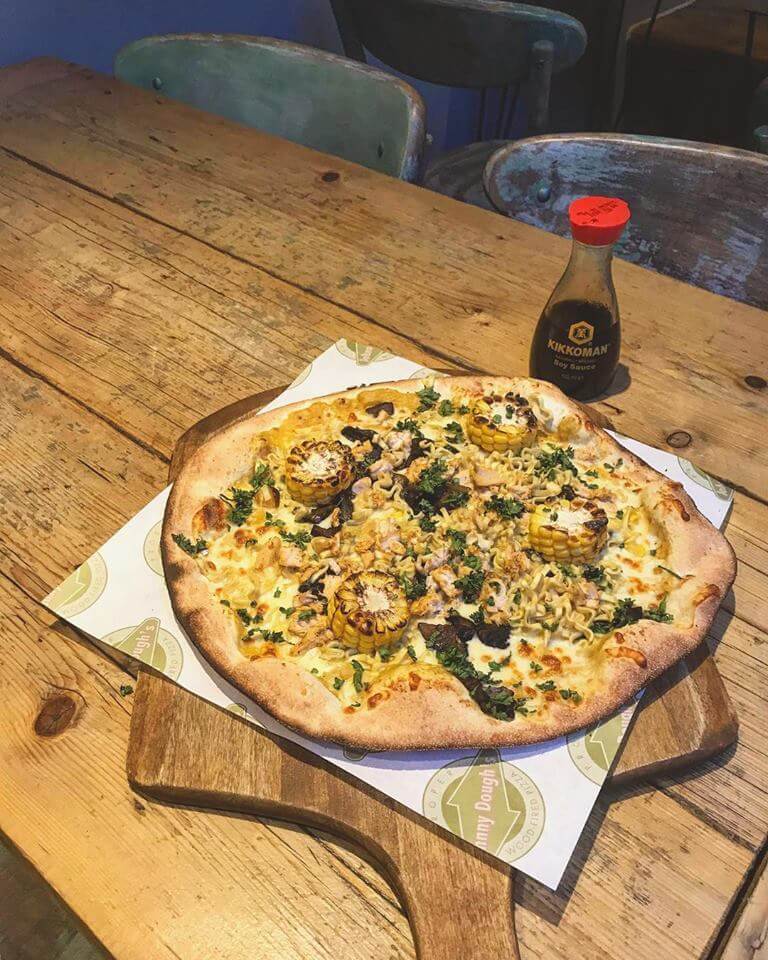 “We’ve not just dumped a Pot Noodle on a pizza base. [There are] additional ingredients to complement the flavour and we serve them with soy sauce too,” he explained, adding that it “really works” and “sure beats a Pot Noodle butty.”

Since the announcement, Austin has received an “overwhelmingly positive” response on social media.

He added, “They’re our January/Veganuary special so will be available till the end of the month.  If they prove to be popular, we might keep them on the menu – who knows?”

International pizza chain Pizza Hut also just launched a vegan option in honour of Veganuary, a cheesy plant-based pizza with jackfruit. The brand promised it would add the dish to its permanent menu if it proved popular.