Logan Paul, a dynamic vlog-based YouTuber, recently adopted a vegan diet. Although the twenty-three-year-old has unearthed massive controversies surrounding a few of his unapologetic videos, he has since abstained from such unsympathetic topics. Could his vegan diet help him become more empathetic and compassionate toward others? If so, Paul has the power to greatly promote the vegan lifestyle.

Despite the serious criticism he faced earlier this year, Paul has continued to post regular vlogs and maintain a loyal following. This hyperenergetic YouTube star has over 17 million subscribers, many of them young millennials and adolescents. This demographic amplified the criticism, as many pointed out the impressionability of this young audience. Paul ignited pushback after making videos where he pretended to swallow a tide pod and tased a rat. He also faced a temporary advertisement ban on his channel following a video in which he showed a suicide victim’s body he found in a Japanese forest. These videos have been deleted, and although the negative media attention might have been enough to convince him to be more sensitive in his subjects, his new vegan diet may help him discover true, lasting empathy. 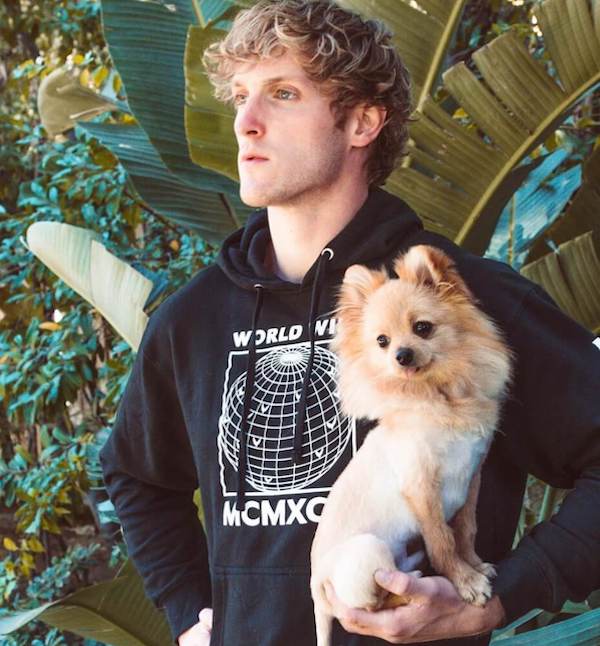 In a video posted in February, “How to Be a YouTuber,” he dramatically announced his commitment to veganism over a vegan grocery haul. As he pulled out a plethora of vegan meats from his grocery bags, he said,“It’s official guys.” He continued to explain, “That means I don’t eat anything that comes from animals. No milk, right? No dairy, no meat, no steak!” Unwrapping a package of plant-based bacon, he mentioned that his new diet was going to be hard. He teased that his dog wouldn’t even eat the Beyond Meat burgers.

What initially began as a negative and misconstrued perspective on vegan food, though, has now evolved into a more enlightened and accurate understanding of what it means to be vegan.

During more recent videos, Paul has supported the vegan lifestyle. In a clip featuring a veggie burger, he shouts to the camera, “Even the vegan burger is amazing!” He is also becoming more involved in the vegan community. Paul attended Vegfest Los Angeles last weekend and was interviewed by fellow YouTubers, That Vegan Couple. During the spontaneous interview, Paul said he had been vegan for about three months. When asked how it was going, he replied, “It’s been good, it’s been great, it’s a lot easier than I thought it would be…It’s all good its all positive stuff and that’s the goal. I’m doing it though, bro. Vegan for life, hashtag!”

Paul has not yet used this hashtag on his Instagram or Twitter pages. However, he has the unique ability to make an enormous and positive impact on his 16.2 million Instagram followers if he were to promote #veganforlife.