Dirty Bones, an ‘NYC-inspired,’ London-based cocktail bar and lounge, is launching a vegan concept in March. On March 5 and 12, 2018, the bar will put their plant-based menu to the test at their Shoreditch location to officially introduce Dirty Vegan.

Dirty Bones has attracted a fun-loving, foodie crowd since it opened its first location in Kensington in 2014. The nightlife scene embraced its food, atmosphere, and cocktails, which led to four additional locations: SOHO, Shoreditch, Carnaby, and Oxford. The brand is known for its indulgent American comfort food and quirky cocktails. Think Buffalo Hot Wings, Fried Mac & Cheese Balls, and Chicken and Waffles – all animal-heavy dishes. The menu does have a few vegan-friendly options, like Padron Peppers and The Veggie Burger, but customers are asking for more. 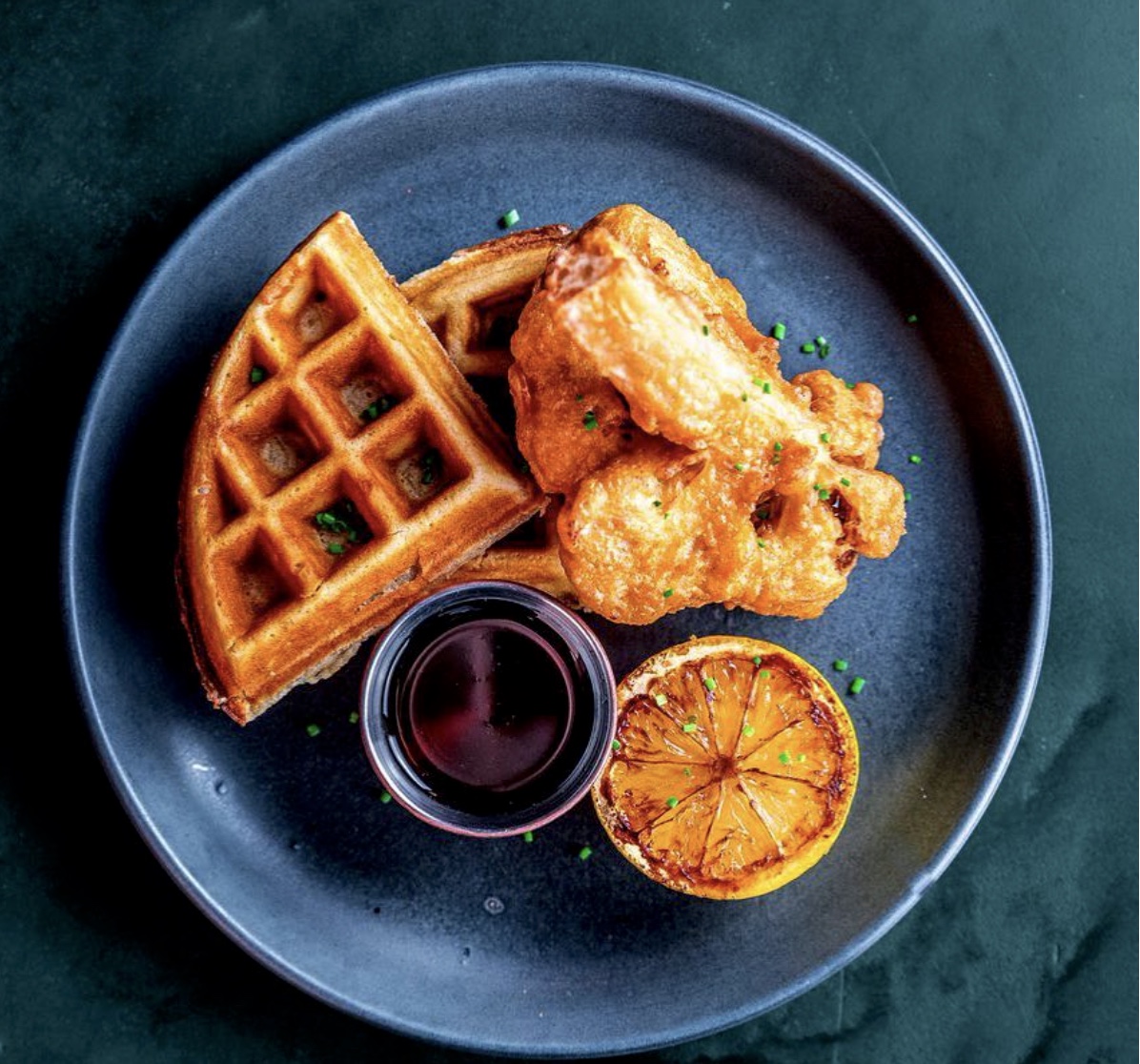 Dirty Vegan is the answer. The owners pride themselves on their comfort dishes, but they also understand London’s growing demand for vegan options, and they wanted everyone to enjoy their menu. This two-night pop-up will feature a three-course prix fixe menu with veganized versions of Dirty Bones classics. Highlights include Cauliflower ‘Chicken’ & Buckwheat Waffles, cashew and almond-based Mac & ‘Cheese,’ and vegan Buffalo Hot Wings. Guests will also be treated to vegan beer and wine or their choice of cocktail: The Fab (a gin-based drink) or Hello, Dirty Vina Colada.

Reservations are required, and tickets are now available online.

Dirty Bones is one of many London restaurants to expand their vegan-friendly offerings. Lyle’s, Hemsley + Hemsley, Manna, and Vanilla Black are just a sampling of non-vegan eateries that have made a choice to become more vegan-friendly. From completely separate vegan menus to clearly marked vegan dishes on the main menu, vegan cuisine has been acknowledged by many London-based restauranteurs.