Vegan deviled eggs, lamb flat wrap, blood sausage, red braised pork, and sashimi are just some of the other new options on Mao Chow’s menu at the eatery’s new location in Behind This Wall in Hackney, where it used to host a pop-up.

The new menu items were created by Julian Denis, the owner of the restaurant. Denis describes his food as “completely inauthentic Chinese food.” 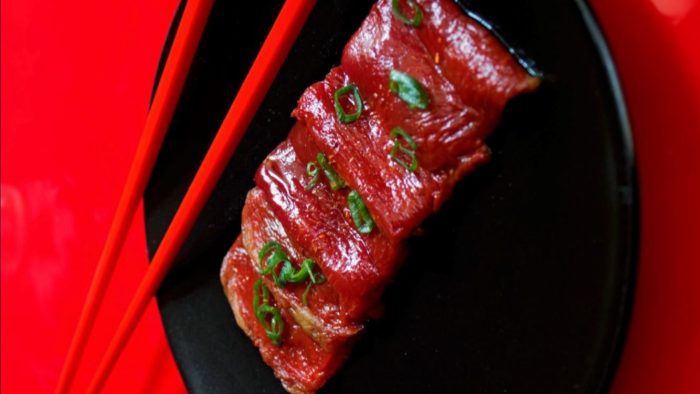 While traditional sashimi refers to sliced rare meat or raw fish, Denis’ version is made with no animal products. The restaurant uses watermelon to create its sashimi, bearing a strong resemblance to what would be found at most sushi joints across the globe. “We vacuum pack the watermelon to collapse the cells which adds a dense texture to the watermelon flesh,” Denis told British media publication Metro. “We then freeze, thaw and brine the watermelon to finally achieve the desired texture and flavour.”

The eggs, which have taken customers and the Internet by storm, are made using soy milk, kala namak (sulphuric black salt that gives the egg its taste), and agar (a seaweed-based binding agent that acts like gelatin). The plant-based caviar, unlike its fish egg counterpart, is made simply using smoked carrot juice and edible kelp. 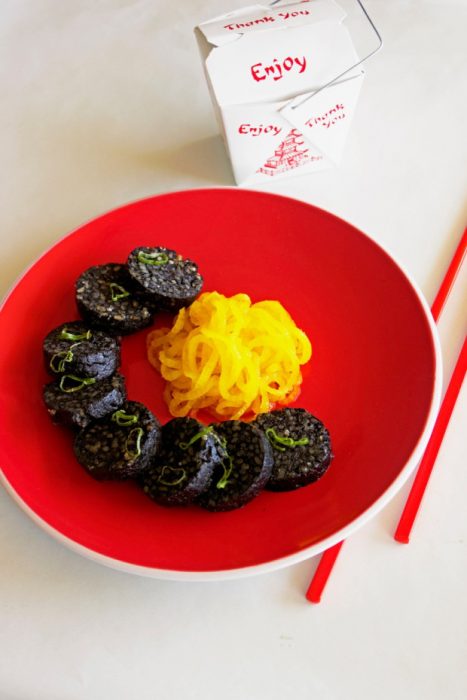 The restaurant first sent London’s hot vegan scene into a frenzy when it debuted in the Pamela cocktail bar earlier this year. Chinese food is typically vegetable-focused but, over recent years, the influence of Western cuisine has made animal products more popular. While Mao Chow does take a Western approach to Chinese food with the nature of its dishes, rich sauces and spices, it still pays due homage to China’s age-old affinity for vegetables.