The event’s organiser, Fat Gay Vegan, is a blogger, author and event coordinator, and summarises himself as follows: “I carry a bit of extra weight, I am into guys and I enjoy vegan food and drink.”

He previously founded the Hackney Downs Vegan Market – a free weekly community market – as well as the UK Vegan Beer Fest, which takes place all across the UK, from Glasgow to Coventry. 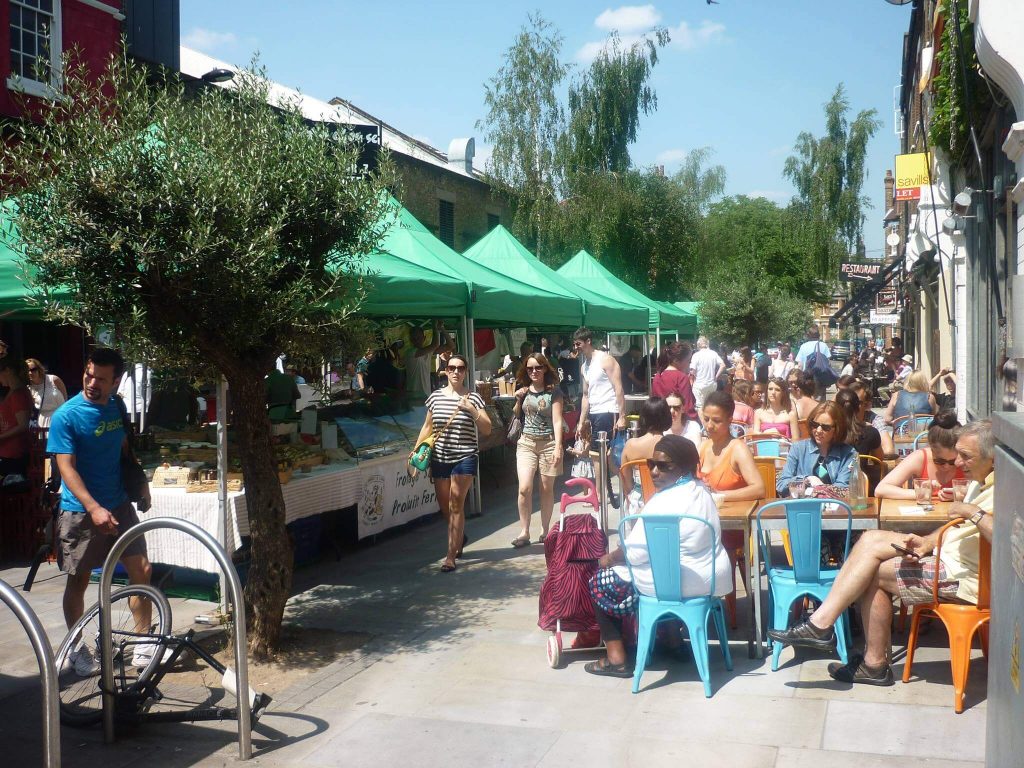 Since then, a new vegan supermarket has opened its doors in East London. The Plant Based Supermarket joins the area’s line up of vegan cocktail bars, weekly markets, restaurants, and regular plant-based pop-ups.

And it’s not just vegan food being championed in the capital, Lush Cosmetics is encouraging Londoners to drink sustainably too by offering free vegan coffee to customers who bring their own reusable cup. Likewise, London’s first vegan zero-waste market Zero Mkt London is due to take place this September in the Millenium Gloucester Hotel in Kensington, encouraging Londoners to make sustainable purchases.

Fat Gay Vegan at Venn Street Market will take place every Saturday between 10 am and 4 pm, and is located just two minutes away from Clapham Common Underground station.