Peter Jackson is a man who knows excellence — he directed a movie series that will go down in history. This man, whose movies empowered a fandom all over the world, now has his sights on something else of high quality… plant-based meat.

Jackson’s interest is, specifically, in the popular vegan meat brand, Impossible Foods. This is according to his name being tied to the US brand, though it’s all speculation at this point. However, despite that, there is a bit of evidence that would explain his potential interest in Impossible Foods and other plant based brands.

Jackson and fellow director James Cameron have set up a company called PBT New Zealand — the PBT in this case, standing for Plant Based Technology, according to NZFarmer.

Furthermore, while it’s unclear what PBT New Zealand will be doing, it’s clear that Jackson’s partner Cameron has experience in the plant based market. Less than a month ago, Cameron and his wife announced a major investment in an organic pea processing plant in Vanscoy near Saskatoon, Saskatchewan. They also founded Verdient Foods Inc., which will handle 160,000 tons of organic pea protein — this would make it the largest of its kind in North America. 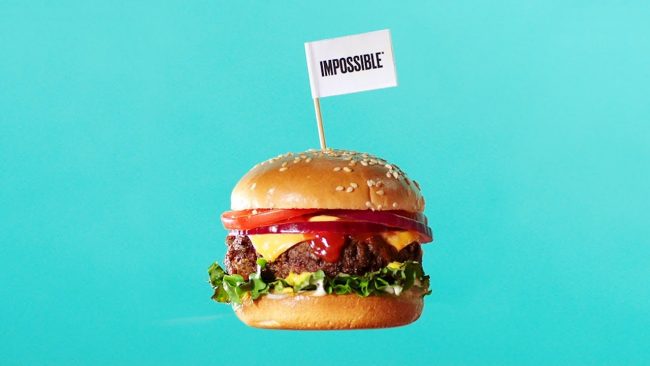 This isn’t just business for Cameron, who said, “…what medical science and environmental science is showing us now, that collectively, globally, we’ve got to eat a lot less meat and consume a lot less dairy simply because of the efficiency of getting protein off of an acre of land … So if we’re going to feed the world as the population grows toward, call it nine billionish, we need to change our consumption patterns and that’s already happening.”