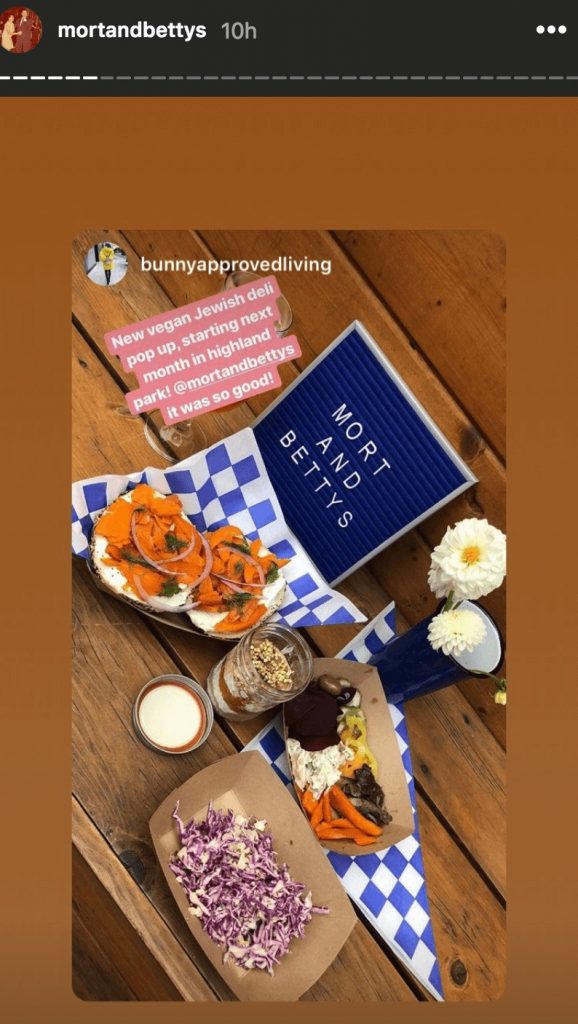 Mort & Betty’s also has an animal rights mission. Tucker hopes to open a farm animal sanctuary, and so five percent of the pop-up’s profits will help fund this. She plans to raise $1 million, which will enable her to buy out a dairy farm and adopt the cows housed there.

In the meantime, Tucker has high hopes for her pop-up deli. She intends to bring Mort & Betty’s to more cities across the U.S., and is interested in collaborating with other chefs, maybe even partaking in a vegan latke “bake-off” with the former cooking show host, best-selling vegan cookbook author, and plant-based restauranteur Isa Chandra Moskowitz.

It is apt that Tucker’s deli is hitting Los Angeles as its first port of call: the city was named the “Most Vegan-Friendly City” in the U.S. by animal rights group PETA, and crowned the title by vegan musician and LA restaurateur, Moby.

However, making it the ideal home for Mort & Betty’s, the city is perhaps best known for its vegan food trucks and pop-ups. With offerings from Cena Vegan, Plant Food for People, Senoreata, and the Word of Mouth truck, there’s vegan food available seven nights a week in almost every neighborhood.