Called “Biscoff & Go,” the vegan sweet snacks were spotted by a shopper in the United States, who posted a photo of the product on the community-based snack directory website, The Junk Food Aisle, which encourages followers to submit photos whenever they find a new product. Like the popular Lotus Biscoff Cookies (known as “Speculoos” in Europe) and the speculoos-based Biscoff Cookie Butters, the new snack packs are free from any animal products, making them suitable for a vegan diet. Each pack comes with a small amount of cookie butter paired with mini breadsticks for dipping, similar to Dunk-a-Roos.

Lotus is a family-owned company that started as a bakery in 1932 in the small Belgian town of Lembeke. The company’s speculoos cookie is marketed as “Europe’s favorite cookie with coffee.” The crunchy, cinnamon-spiced shortcrust cookies were first brought to the United States in the 1980s. 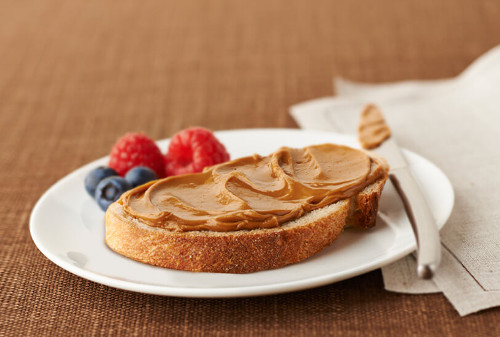 In 2011, the company’s popular Cookie Butter, a vegan and Nutella-like spread consisting of crumbled speculoos cookies, was finally brought to the United States. The cult-hit spread was invented by Els Scheppers, a culinary enthusiast and participant on a Belgian television show called “De Bedenkers,” which translates to “The Inventors.” Schepper’s idea of blending the vegan Biscoff Cookies into a sweet, creamy spread earned her a finalist spot among the show’s 2,000 entrants. Impressed by the idea, Lotus reached out in order to help perfect her recipe. According to the official website, the first batch of cookie butter sold out just three hours after its initial release.

Earlier this month, company Soom Foods launched a chocolate and tahini-based Nutella-style spread to the U.S. market. The spread is vegan, free from palm oil, and when compared to the traditional chocolate hazelnut spread, Soom Foods’ contains less than half the amount of sugar per serving. Actress and longtime animal rights activist, Alicia Silverstone, shared her excitement over the new product via her Instagram story.

According to Pretty52, the Lotus Biscoff & Go vegan to-go snacks “appears to only be in America,” at least for the time being.