Through Improved Nature, Hawkins and team aim to provide consumers with a sustainable, plant-based meat that food manufacturers, restaurants, schools, and other foodservice outlets can use to directly replace beef, chicken, and pork in dishes.

“We now have a way to be 20 times more efficient than animal agriculture,” Hawkins told the Good Food Institute in October 2017. “Right now, it takes about five pounds of soy meal to make one pound of pork. We’re taking one pound of soy protein and making five pounds of plant-based meat.” 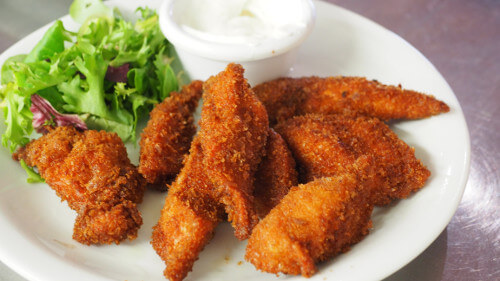 According to David Swinktoksky, the chief financial officer of Improved Nature, the new funding will allow the company to expand its core team, launch a sales and marketing department, and grow the senior management team. The funding follows a $6 million seed funding round in December 2015, which allowed the company to set up its first factory in North Carolina, one of the nation’s top pork-producing states.

“Investors had the opportunity to see and taste a variety of the company’s products and compare them to a variety of plant-based protein products that are available in the market today,” Swinktoksky said. “Once they could see and experience the product and understand how fast the market is growing, they wanted to come aboard.”

According to the official website, the company uses a soy protein concentrate in all buts its soy-free line, along with proprietary technology to create a realistic, meat-like texture. It offers ready-to-heat products like Chicken-Free Breaded Strips and Nuggets, Pork-Free Cutlets, and Boneless Pork-Free Riblets to capture the “untapped” shelf-stable market as well as a semi-ready line of vegan meats that companies can use to prepare their own meals.

Improved Nature recognizes the importance of targeting the foodservice industry, where plant-based food is in high demand. Among its first customers are the Los Angeles, Irvine, and Tustin Unified School Districts. Las December, 35 schools within the Los Angeles Unified School District made the commitment to offering vegan lunch daily in response to overwhelmingly positive demand.

In addition to serving schools, Improved Nature sells wholesale to foodservice and food manufacturers across the globe.