Lush Cosmetics has re-launched its limited edition Shark Fin soap in honor of Rob Stewart, a visionary conservationist, wildlife photographer, educator and filmmaker, who died while diving in 2017.

The vegan soap, which re-launched both online and in select stores across the USA, consists of softening arame seaweed, exfoliating sea salt, and a tangy lime oil. One-hundred percent of the after-tax sales will be donated to the Rob Stewart Foundation to support Stewart’s “mission to educate and raise awareness of the plight faced by earth’s most misunderstood apex predator.”

At age 22, Stewart came across illegal long-line fishing in a Galapagos Island marine reserve. The fishing technique is harmful to sharks and resulted in death for many of those swimming around the island. Inspired by the importance and beauty of the species, Stewart made the film “Sharkwater.”  The documentary, viewed by 124 million people, has won more than 50 awards around the world.

Stewart worked not only to support the protection of sharks and the oceans but humankind as well; his film “Revolution” suggested that to save the human species, we must first save the oceans. 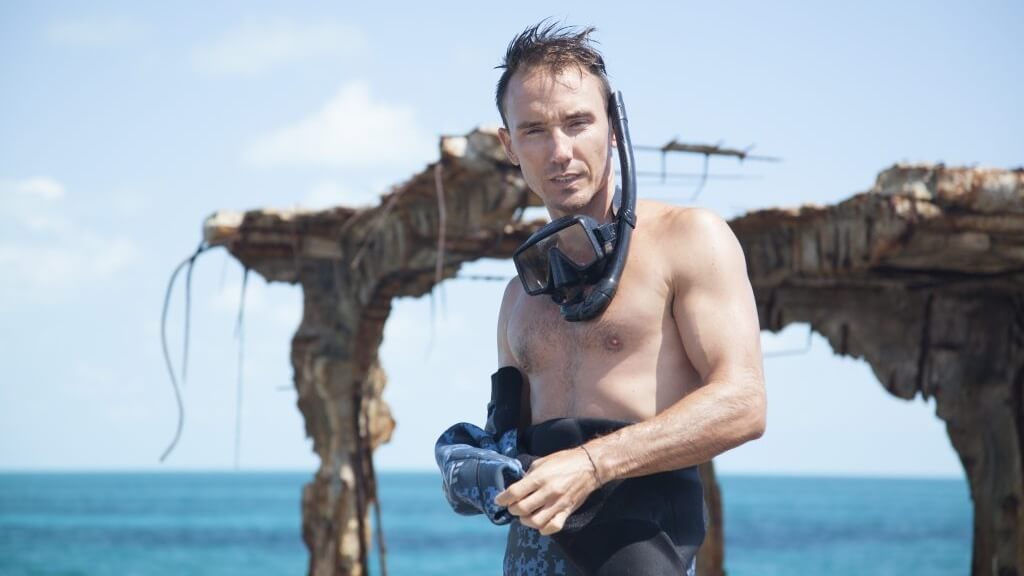 “Rob believed that it was everyone’s duty to protect our oceans,” said Brandi Halls, Director of Brand Communications at Lush, in a statement. “By re-launching Shark Fin soap, supporting the foundation and continuing to engage our customers on ocean protection, we hope to help his vision live on for years to come.”

Donations from the Shark Fin soap in 2014, 2015 and 2017 alone raised nearly $550,000 for conservation organizations protecting sharks, and also generated a thousands-strong petition demanding the ban of the USA’s shark fin trade.

With more sales of the soap, the foundation can complete Stewart’s film “Sharkwater Extinction” for release in October, which will expose the multi-billion dollar industries continuing to hunt sharks to the point of extinction.

Stewart’s parents and sister, Brian, Sandy and Alex Stewart, said in Lush’s press release: “We are extremely proud to be partnering with, and grateful for, the support of Lush Cosmetics, which will allow the continuation of Rob’s mission to save sharks and our oceans… [and to] educate mankind to live in harmony with the natural world.”

Lush will also further continue Stewart’s conservation efforts by working with Charity Pot partners such as Shark Stewards and All One Ocean.