The Merrion Hotel, a luxury 5-star hotel in Dublin, has launched a vegan menu.

The new menu was made possible by the Merrion’s collaboration with author and food blogger Holly White, who is certified in plant-based nutrition. White worked alongside the Merrion team and head chef Ed Cooney to bring recipes from her recent cookbook “Vegan-ish” to the hotel’s restaurant, The Garden Room.

Though it contains no animal products, the Merrion’s new menu wasn’t designed with only vegans in mind; White explains on her website that it was created for vegans, flexitarians, and anyone interested in incorporating more plant foods into their diet.

White’s cookbook “Vegan-ish,” which launched in August 2018, includes more than 100 plant-based recipes like nutritious smoothies, chocolatey desserts, filling sandwiches, cheesy comfort foods, and protein-packed Buddha bowls. The book “dispels any myths that a plant-based diet is too restrictive or difficult to follow and is packed with inspirational ideas for incorporating more vegetables and pulses into your diet,” the book’s description reads.

The cookbook-inspired menu at the Merrion will be designed seasonally and will be available alongside The Garden Room’s all-day dining menu. The “finest artisanal Irish produce” makes an appearance in the new dishes, White said, which include starters like Spiralized Courgetti, mains like Shepardless Pie, and sides of Chargrilled Green Beans with caramelized onions and crisply roasted cauliflower with coriander. 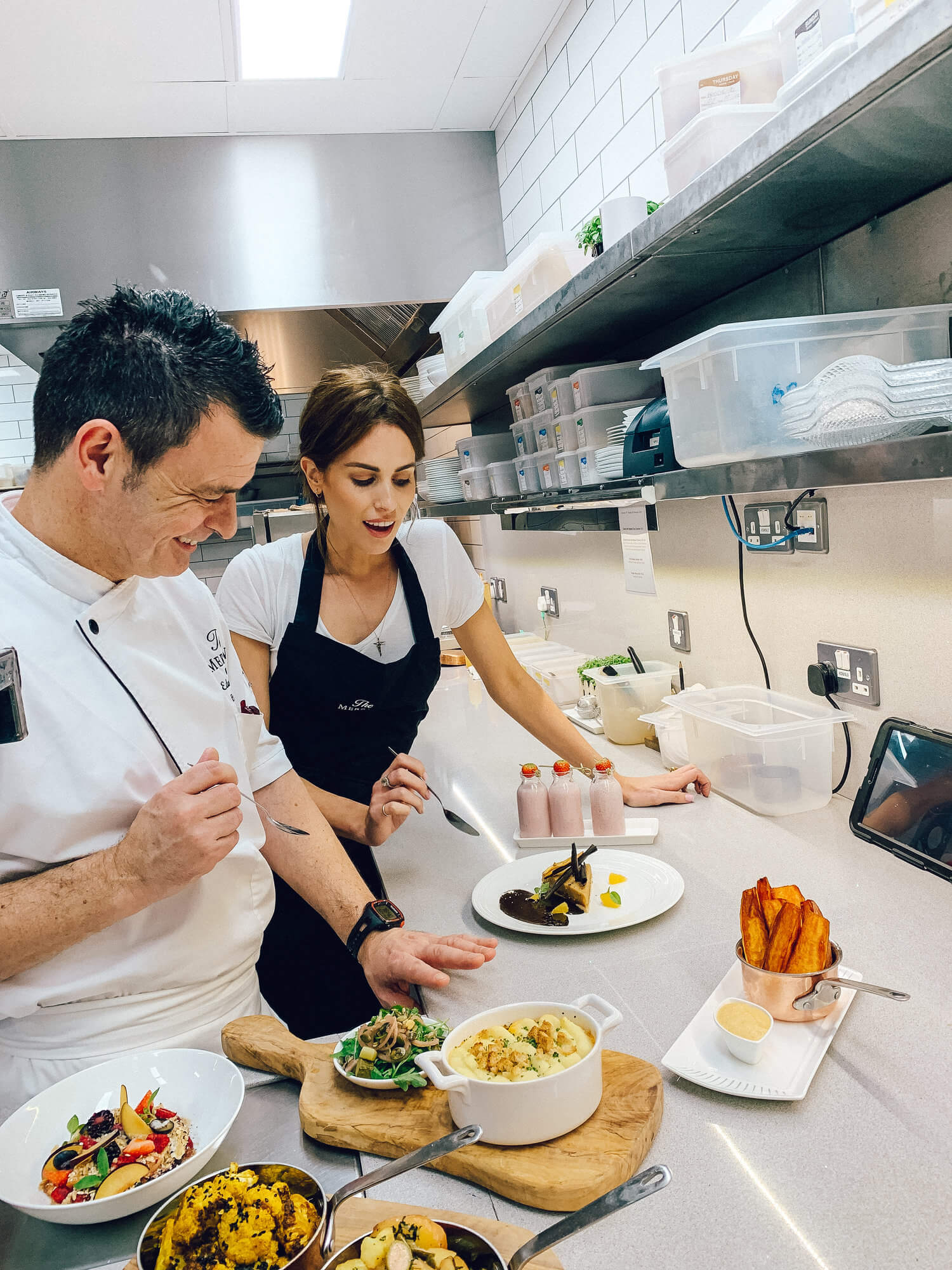 Plant-based food is becoming more popular in Ireland, with the rise in demand credited to vegans and meat-eaters alike. Last August, it was reported that vegan and healthy food sales had jumped up by 119 percent.

And in a recent roundup of the most vegan-friendly cities and countries in the world, Ireland appeared in the top ten.

The new vegan menu will be available at The Merrion Hotel restaurant The Garden Room from January 17. A three-course set menu, including three courses and one side, starts at €39 per person.