6’3 Macka B adopted a vegan diet over 30 years ago, which he still follows, proudly, to this day. His catchy song, ‘Wha Me Eat’ quickly became what is now known as an anthem for reggae-loving vegans everywhere, due to the many plant based foods he raps about. 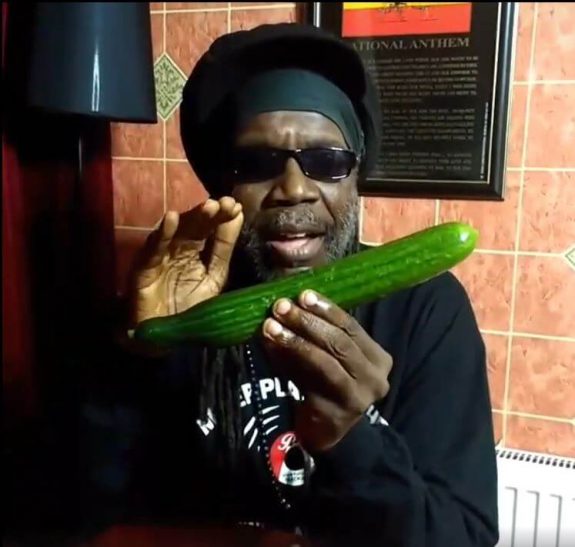 His all-positive approach has seen attention from big-name celebrities. Naomi Campbell and Tracee Ellis Ross both shared Macka B’s rap about cucumber, and Vogue has claimed that Macka makes plant based cool.

Twice a week Macka B posts raps on his Instagram to show just how cool plant based foods are and encourage healthy eating. Yep, you’ll want to turn on those post notifications for MEDICAL MONDAY and WHA ME WEDNESDAY.

However, this artist didn’t find veganism to be his muse until seven years ago, before that he rapped about mostly black pride, gender equality and politics. 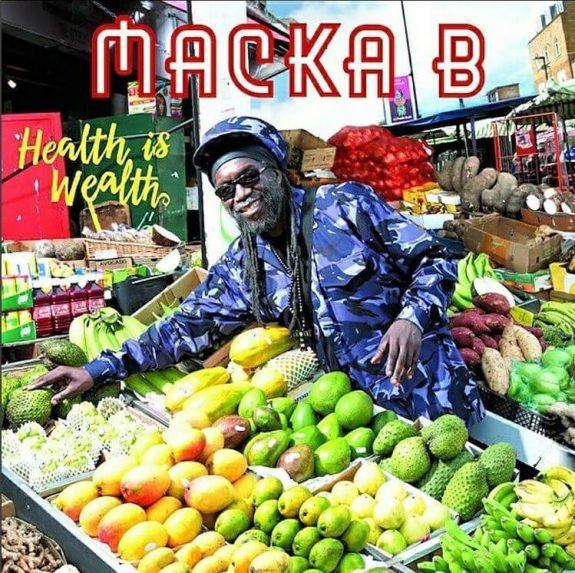 Speaking about his latest album, Health is Wealth, with Vogue Macka claimed his new work is very spiritual. The artist wakes up between 4-5am to work on his music as it’s the time of day he finds he’s at his personal optimum brain function. Macka said when he writes lyrics, it is a mystical process.

The reggae artist adds, “you gotta look after yourself. You’re number one and really worth it… If you love yourself, you’ll give yourself only the good things in life”.