UK fashion icon, Lucy Watson is best know for role on the British reality show, ‘Made In Chelsea’ and being sponsored by top-market fashion brands. But did you know that Watson is also a PETA ambassador, RSPCA campaigner and animal rights supporter. Lucy, somewhat “controversially” also has every intention to raise her future children vegan, alongside her.

Watson herself ditched meat at age five following a series of events which began during her childhood; growing up on a farm and witnessing standard industry practices first hand. She recalls, in an interview with Mildred’s:

“I grew up on a working farm, I moved there when I was 5 years old. The farmer thought it was really important to educate us on how the farm was run. At one point he took us to a slaughterhouse and it was really savage. Once I realised that all the cute animals that were running around on the farm were actually the ones I was eating, I was immediately put off. Neither of my parents were vegetarian at the time and it was probably quite weird for them to be told by a six year old, ‘I am not eating meat anymore”

More recently though, it was ‘Cowspiracy’ which prompted Lucy to ditch animal products completely and adopt an entirely vegan lifestyle. The word “vegan” can often be used synonymously with “plant based” and particularly among celebrities who claim to be going vegan but perhaps still wear fur or leather. With Lucy, this isn’t the case and she has even extended her values into a business venture, releasing a line of cruelty-free makeup,”Basic Bitch Cosmetics“. 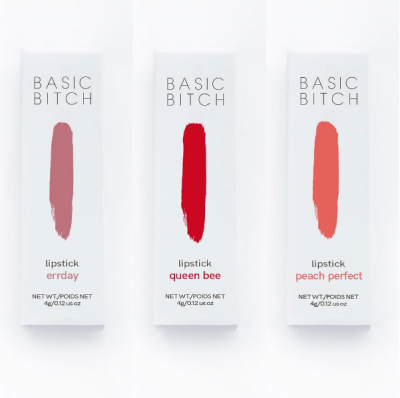 Passionate about her lifestyle choice, Lucy isn’t afraid to be outspoken on topics relating to veganism and actively tweets about all-things-related. Later this year, Watson will even be speaking at London’s exclusive vegan festival ”Vevolution” alongside influential vegans and animal rights activists such as “Mercy for Animals‘” Nathan Runkle and the Co Founders of “Bosh!“.

In a recent interview with Veganlife Magazine, Lucy arrived wearing a shirt that had ‘Mac and Cheese‘ on it. A seemingly “un-vegan “choice of clothing, she gets to talking about breaking societal stigmas and how she wants the widespread thinking around veganism to be changed.

“I think there’s a stigma around the fact that people think vegans are preachy and only eat healthy food.” “I feel like I don’t need to specify vegan before every single thing that I eat. I hate that so much. We have different definitions of what mac and cheese is. Just accept that. People get annoyed when you don’t say it though. If I don’t say it people are like ‘I thought you were vegan?’ You can’t win.” 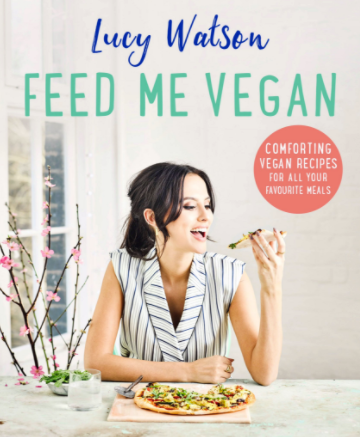 Lucy’s new book, Feed Me Vegan is out on September 7th and includes a mushroom Mac and Cheese recipe, “The Ultimate Cheeseburger”, “Hot Cinnamon Jam Donuts”, lasagne, and pancakes.. just to name a few! You can also buy tickets to Vevolution Festival here and see her talk about all things vegan live on stage.