Maggie Q has starred in an abundance of Hollywood blockbusters including Mission: Impossible, Die Hard and Rush Hour, and she’s become a star in the vegan world too.

In an interview with City Weekend, she expressed that her acting career is simply a ‘means to an end’: a stepping stone helping her to pursue her true passion of environmentalism.

Having become a vegan an impressive 20 years ago, she is passionate about sustainability. She hopes to educate others just as she has been; “[o]nce you’ve done the research you can’t unlearn what you know,” she says.

Maggie has campaigned previously with Peta in efforts to raise awareness and was named one of the sexiest vegan celebs of 2017 by Peta. It was previously reported that before the filming over her film Three Kingdoms: Resurrections of the Dragon, she specified that she would not wear real fur in the film, and even managed to convince the entire production to forgo animal skins. She also made headlines campaigning against Canada Goose. 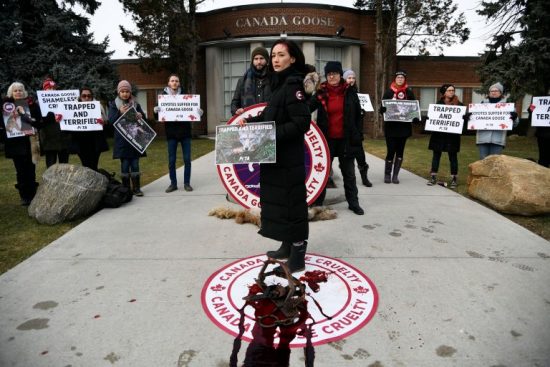 Defying common misconception that problems such as transportation are the main environmental issues, the actress has spoken out about how carbon emissions resulting from animal agriculture are the “real issue driving climate change.”

She did acknowledge that it’s not the easiest thing to discuss, empathetically saying: “I understand it’s a topic that makes people uncomfortable. Food is a comfort thing and we associate it with being cared for. But the truth of the global impact cannot be denied anymore. The science is there.” 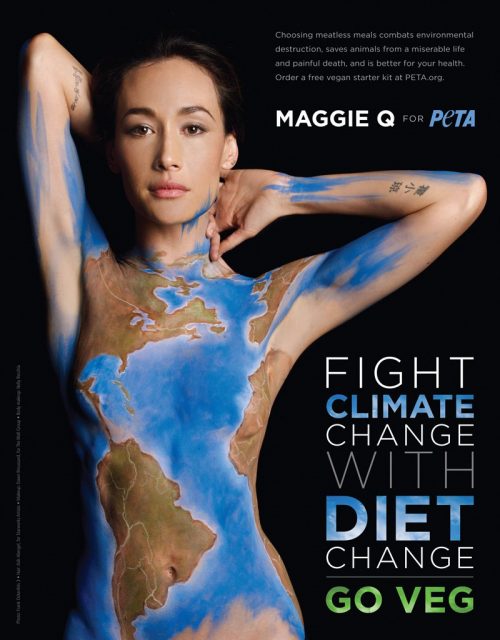 She also lamented on the frustration she feels being unable to do more: “I don’t have the power to make the change I want to. I can only wake up every day and look in the mirror and say I am making the best decision. I worry about the world I am leaving.”