Leading international food company Danone is known for its wide range of dairy products. Moving away from animal-based foods, it recently introduced a line of probiotic vegan yogurts from its popular Light & Fit brand. 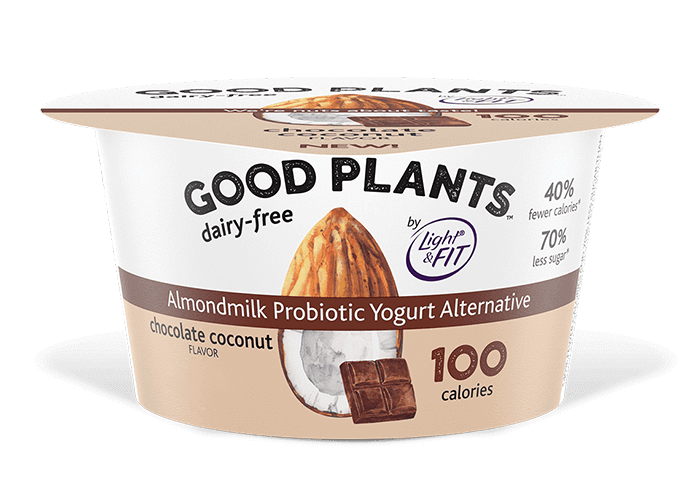 Danone’s plant-based journey kicked off in 2016 when it acquired WhiteWave Foods, the parent company of plant-based food brands like Silk, Vega, Alpro, and So Delicious. The following year, Danone reported a $760 million profit that the company credited to the acquisition, particularly the “very strong sales performance” from Vega and So Delicious, as well as the general acceleration of the plant-based market.

By the year 2025, Danone intends to increase its vegan food sales by 300 percent.

As the dairy-free food and drink market surges, the dairy industry is taking a hit. In February, it was reported that 35 percent of people in Ireland are reducing their dairy intake, while nearly 30 percent of people around the UK want to stop buying cheese and milk. Meanwhile, vegan or not, half of Americans drink dairy-free milk according to a Cargill study, with experts estimating that the dairy industry could be wiped out in under a decade.

Good Plants’ vegan range is available at select retailers in Texas and the Northeast with plans to expand nationwide.