The decision comes after the company spoke with People for the Ethical Treatment of Animals (PETA), a major animal rights organization.

The publishers, which produce guides to a variety of destinations, such as Turkey, Berlin, and Luxembourg, will now retract all images in their travel guides showing animals being ridden by people. It will also remove any text which recommends tourist attractions which involve riding animals.

On top of this, DK’s “Eyewitness Travel Guide for Delhi, Agra & Jaipur” will include educational information concerning elephant-based tourism, in an effort to best combat animal exploitation. 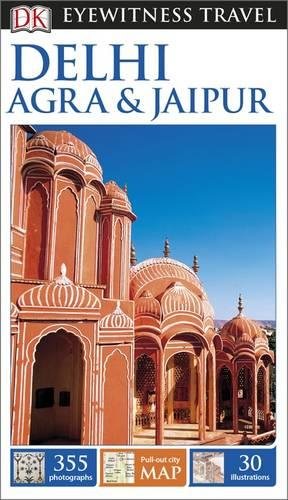 “Elephants used for rides are often forcibly separated from their mothers, immobilized with tightly bound ropes, and gouged with bullhooks or nail-studded sticks during ‘training,'” said PETA. “Some don’t survive the grueling process, and those who do spend the rest of their lives lugging tourists around or performing tricks under the threat of physical punishment.”

In fact, a recent PETA India exposé of Amber Fort in Jaipur revealed that elephants are forcibly compelled to give rides even when suffering from visual impairment, arthritis, and psychological trauma. Several of the elephants even tested positive for tuberculosis, a disease which is transmissible to humans.

Elisa Allen, PETA’s Director, praised DK for “join[ing] dozens of travel companies in rejecting tourist traps that force highly intelligent, social elephants to give rides.” She added that “PETA urges travelers to keep all captive-elephant camps off their itineraries, and DK’s commitment to education will help prevent holidaymakers from inadvertently supporting cruelty to animals.”

This decision follows that of other major travel groups, such as STA Travel, G Adventures, and Intrepid Travel, which also refuse to advertise animal rides. As does TUI Group (including TUI and First Choice), one of the biggest tourism companies in the world.

Furthermore, this week the news broke that travel giant Thomas Cook will no longer sell tickets to SeaWorld and Loro Parque due to their mistreatment of captive orcas. Nigel Thompson, the Mirror’s travel editor, commended the decision, stating that watching animals perform is “a throwback to a less enlightened time.”