“Masculine” plant-powered vegan food is set to be one of the biggest food trends of 2019, according to the Dutch food design agency Marielle Bordewijk.

Traditionally men eat meat, claims the agency – a statement that is not unfounded. According to a recent study, some men fear “social shame” when ordering a vegetarian or vegan dish at a restaurant, even if they want to. “What we have discovered is that many men are interested in eating less meat, they just need social permission to do so,” University of Southampton researcher Dr. Emma Roe recently told the Guardian.

However, as highlighted by Marielle Bordewijk, 2019 could see a shift in this behavior, thanks to vegan role models who are leading by example, such as Derek Sarno, co-creator of the plant-based ready meal range Wicked Healthy.

The chef, along with his brother Chad, creates innovative recipes such as BBQ Butternut Mac and Gunpowder Potato Chana Masala, which prove the versatility and potential of plant-based ingredients. Since the range’s January launch with supermarket chain Tesco, four million have been sold. “We’ve proven to the world it’s time for a change and people are responding,” said Sarno, who is also the Director of Plant-based Food Innovation at Tesco. 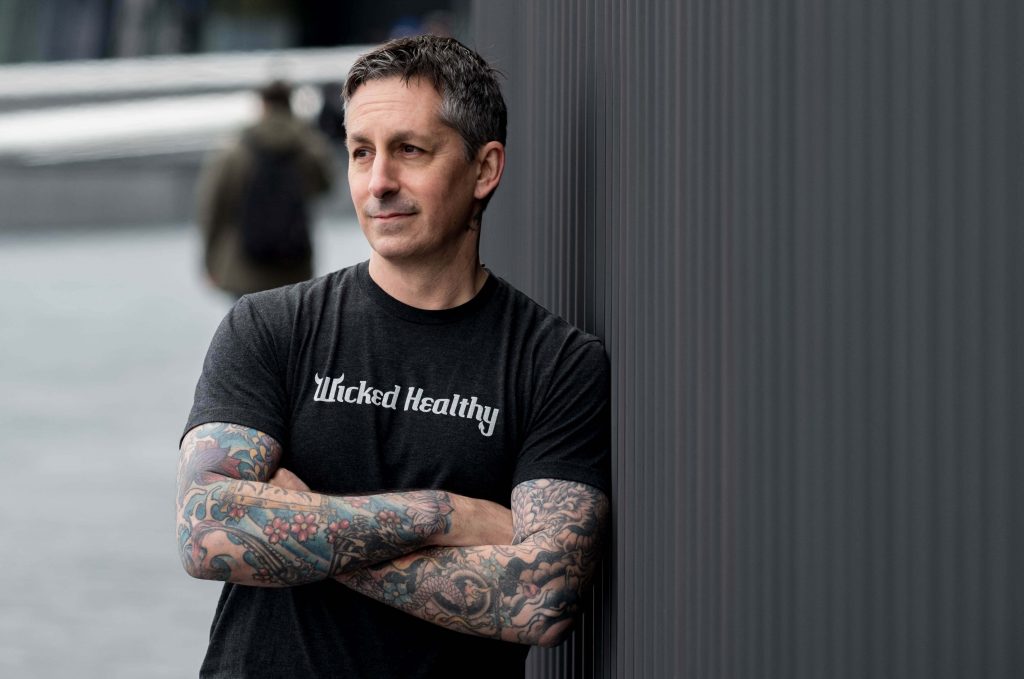 Social media is another factor which may pull men away from meat in the next year, says the agency. “On social media, a bomb of inspiration has erupted to cook with plants as never before,” it notes. According to Foodable labs, apps such as Instagram are already starting to have an effect, with both men and women influencers seeking out more plant-based delivery options. Further, plant-based conversations in the influencer community have increased by 78.4 percent over the last year.

Social media is particularly good for spreading the word about the versatility of plant-based ingredients, claims the agency. “The edible flora is prepared with many meaty cues. It is smoked, grilled, roasted, marinated until the meatiness splashes from the picture,” it says.

One vegetable with a “meaty” texture is mushrooms. A favorite of Sarno, the mushroom can mimic both the taste and texture of meat if cooked and prepped in the right way. Placed at number three on Marielle Bordewijk’s top trends, 2019 could see a boom in new mushroom-based recipes, in lieu of meat.