Vegan Playground is the latest vegan festival to hit Los Angeles. The event’s organizers, Vegan Hard, claim the festival will be held at an “outdoor oasis,” which encompasses a city block clocking in at over 100,000 square feet of “hard-scape and park grass, surrounded by the LA city skyline.”

According to Vegan Hard’s website, the festival is intended to unite “lovers of food, music, art, ideas, and good vibes,” where attendees can “[e]xperience the magic and energy of a community connecting with one another in a celebration of life and all things that make humanity beautiful!” 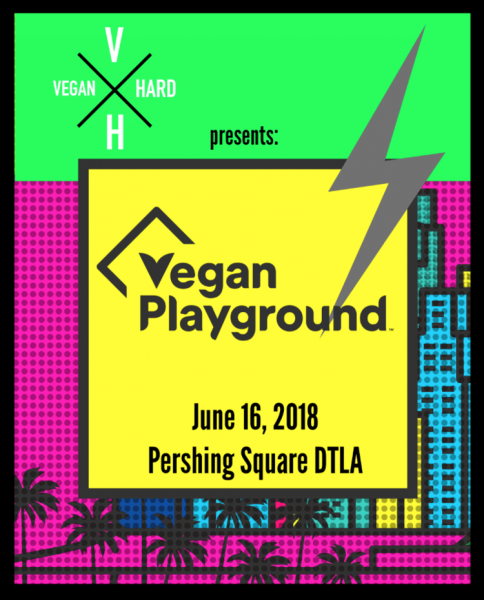 The upcoming festival will see over 80 curated vendors that showcase “brands from all industries,” including craft beer, wine, cider, and kombucha pours, while vegan food, apparel, and charity stalls will also be abundant. Guests can also enjoy live performances, art installations, a roller rink, and like the festival’s name suggests, a playground.

Nowadays, “[v]eganism is one of the fastest-growing lifestyle and diet movements,” with the rate of veganism in America soaring up by 600% in just the past three years. This growing interest in the lifestyle is causing vegan festivals to become increasingly sought-after. Not only do these events cater for vegans and vegetarians, but are also popular with those with allergies or other dietary requirements, health-conscious eaters, and even the omnivorous crowd with a love for flavorsome food.

Another popular vegan festival, Vegandale, which sees crowds of more than 75,000 people, now hosts annual festivals in Toronto, Chicago, Texas, and New York City. Also, the world’s first ever Black vegan festival, Black VegFest, is set to host its inaugural event in New York this August. Despite the title, entry is open to people of all colors; the organizers stated: “All are welcome at the Black Vegfest.”

LA is also home to Vegan Street Fair, which took over more than a mile in North Hollywood last month. It’s the largest free vegan even in the world. LA will also host Eat Drink Vegan, the city’s longest running vegan festival, next month in a partnership with SEED Miami for a week of festivities.

Vegan Playground will take place at Pershing Square, in the heart of downtown Los Angeles on June 16. Tickets are available online.