Masterchef star, Gregg Wallace, is learning all about the world of vegan protein with Tesco’s plant-based director, and co-founder of Wicked Healthy, Derek Sarno.

In a series of Instagram stories posted on Sarno’s account, Wallace and Sarno, along with a BBC film crew, check out Tesco’s new selection of Wicked Healthy meal deals, as well as the inside of Smithy Mushrooms, one of the UK’s leading exotic mushroom suppliers, and a company whom Sarno works closely with. Many of the Wicked Healthy products are mushroom based.

The plant-based director is somewhat of a mushroom enthusiast, including fungi in many of his recipes, the chef even makes vegan oyster scallops from king oyster mushrooms. Filled with iron, and vitamins, and low in calories and sodium, mushrooms are a highly nutritional, and filling, source of protein. Whole Foods in New Jersey, also believes in the appeal of mushrooms, including a fungi farm actually inside the store.

Wow! What a day for bringing plants center stage. Spent all day shooting a special project with Gregg Wallace and the BBC that will air later this year. Sharing with him some some of the secret processes and what’s coming up with @wickedhealthy and #WickedKitchen and all I can say is thank you to you!! Mainstream tv – buckle up cause the Wicked are coming and we’re bringing it main stage! . Few of the recipes prepared are in the new #wickedhealthycookbook and yes I gave Gregg a copy. ? This was a big deal to me and and brother @chadsarno and our team – for the movement and bringing Vegan mainstream. So happy we have the opportunity to share this with Gregg, the BBC and @tescofood This is just the beginning! The mission continues… thanks for all your support. ??? . #missiondriven #plantbased #cheflife #masterchef #mushroomtrain #wickedhealthy #veganmainstream #noneedtokillshitforflavor #thankyou #bbc #vegan #bbq

Tesco, the UK’s biggest supermarket, is currently leading the way in terms of vegan food, thanks to Sarno. The Wicked Healthy plant-based ready meal range launched at the beginning of the year, with great success. The supermarket even credited its new vegan selection with boosting its revenue. New lunch options, seen on Sarno’s Instagram, are on their way, and earlier this month, the chain launched the first-ever store-bought vegan steak in over four hundred of its locations. Swedish vegan meat producer, Oumph!, also secured placement across stores earlier this year. 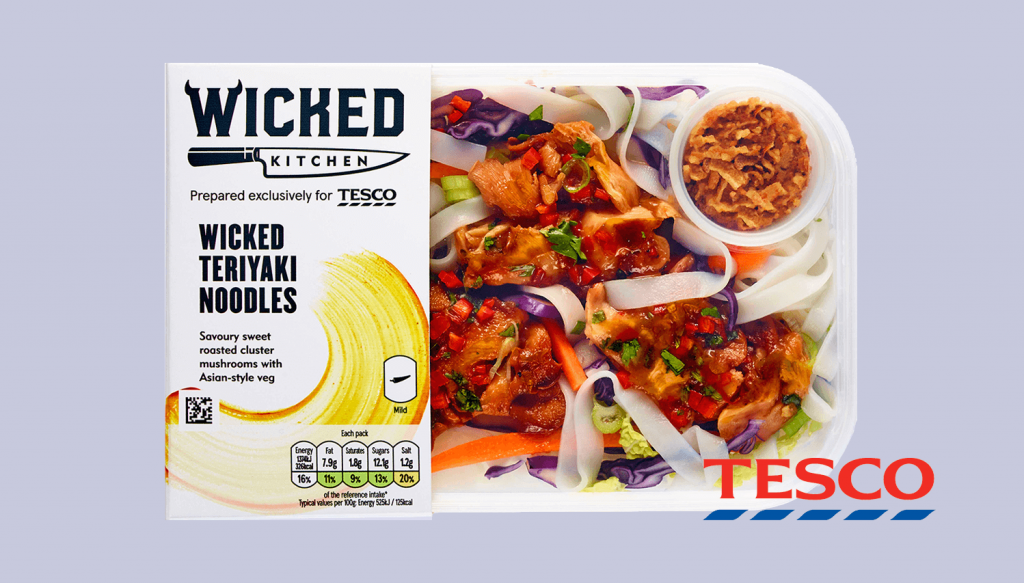 “Tesco is the perfect partner for us,” said Anders Wallerman, co-founder and CEO of Food for Progress, Oumph!’s parent company. “Not only because of their size, but also because they are at the forefront of British grocery chains for good and durable products.”

“For too long, vegans have been overlooked, with many offerings that are available seemingly created to appease rather than truly please,” Sarno stated at the beginning of the year. “My intention was to appeal to the hardest core meat eaters. Everyone wants to eat more veggies and we’re making it dead easy to do so.”