McDonald’s has announced it will be partnering with Swedish brand Anamma to bring the ‘McVegan’ burger to Sweden later this month.

After a trial in Finland, the future of the McVegan burger was uncertain, however, the multinational fast-food chain has confirmed today that the vegan-friendly burger will have a permanent place on menus in both Finland and Sweden as of December 28th this year. 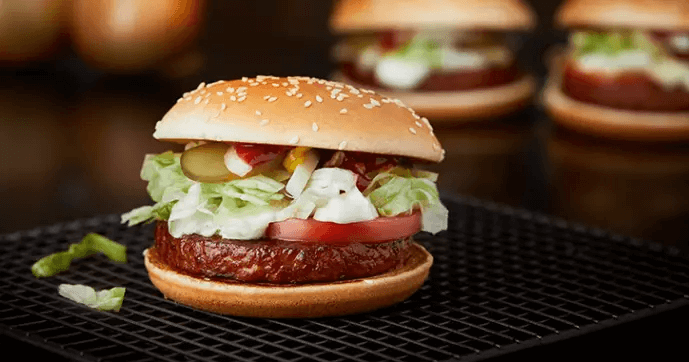 McDonald’s have created the burger with Swedish brand, Anamma, to bring a soy-based patty to restaurants. Anamma, a vegan brand, are keen to prove to McDonald’s and its customers that eating vegan is easy and delicious. Nina Sandström, the marketing manager at Anamma has said that it’s time for people to step up and reduce the environmental impact that they are having on the planet, vegan burgers are just one way of doing this.

McDonald’s has been the subject of no end of discussions about climate change due to the levels of deforestation the corporation is responsible for. However, another damaging aspect of their operation is the amount of beef they use. Animal agriculture is said to be responsible for more greenhouse gas emissions than the entire transport industry, and much of this is due to cow farming.

It’s unclear whether the burger will make its way to other countries in or out of Europe at this stage.