A new study published earlier this week in the journal, Circulation: Heart Failure, has revealed that a diet high in animal protein from meat and dairy products is linked to an increased risk of heart failure in middle-aged men. The study is one of the first to examine the link between high-protein diets and heart failure.

Study researchers analyzed the results from 2,441 men between the ages 42-60 who consumed varying amounts and types of protein, then compared the results to data on incident heart failure. Overall, the findings revealed that a higher intake of protein leads to a 33 percent increased risk of heart failure. Those with a high meat intake were found to be 43 percent. Middle-aged men who ate more dairy protein were 49 percent more likely to be diagnosed with heart failure.

“As many people seem to take the health benefits of high-protein diets for granted, it is important to make clear the possible risks and benefits of these diets,”  said Jyrki Virtanen, Ph.D., study author and an adjunct professor of nutritional epidemiology at the University of Eastern Finland in Kuopio. “Earlier studies had linked diets high in protein–especially from animal sources–with increased risks of Type 2 diabetes and even death.” 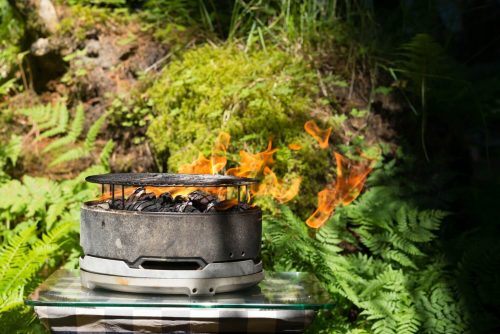 Plant-based protein, on the other hand, was linked with a 17 percent decrease in heart failure risk in men. The study’s findings are backed by previous research done by the World Cancer Research Fund and the American Institute for Cancer Research, where it was found that a plant-based diet is linked to a reduced risk of heart disease as well as cancer.

Other studies show that heavy meat consumption does not affect only middle-aged men. Recent research conducted by the Physician’s Committee for Responsible Medicine revealed that young people ages 18-45 put themselves at a higher risk for cardiovascular disease, stroke, and cardiometabolic death. Companies are beginning to realize the health benefits of a vegan diet as well.

In a bid to improve heart health across the country, food service provider Aramark has partnered with the American Heart Association to release healthy summer grilling tips. The company has placed an emphasis on replacing grilled meat with heart-healthy plant-based proteins and other vegetables.